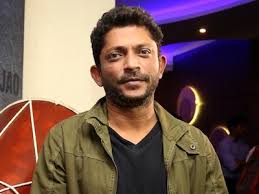 After long battle, Nishikant Kamat passed away at AIG Hospital in Hyderabad. The talented director was suffering from liver ailment. It was earlier reported that he was still in ventilator. However, his friend and actor Riteish Deshmukh has now confirmed that he has passed away.

One of the promising directors, Nishikant Kamat debuted with Marathi movie Dombivali Fast in 2005. His first movie won the prestigious National Award for the Best Feature Film. He, however, debuted with acting in 2004 with a Hindi movie, Hava Aney Dey. The director then made his name in Bollywood with Mumbai Meri Jaan in 2006, a movie based on Mumbai Bombings. He has directed many other movies such as Force, Drishyam, Rocky Handsome, and Madaari. He has acted in many movies like Daddy, Rocky Handsome, Julie 2, and Bhavesh Joshi.

He has been a producer as well. He is the creative producer of the web series The Final Call and Rangbaaz Firse.

The director was reportedly admitted to AIG Hospitals in Gachibowli, Hyderabad with liver complications. It has been reported that he has been diagnosed with a chronic liver problem. He is currently under a ventilator and is fighting the battle. Actor Riteish Deshmukh took to Twitter to rebut the claim of his sudden demise. He has even asked for clarifications from media houses that spread the news without confirming. Filmmaker Milap Zaveri has also confirmed the news that he is on ventilator support.
Here is what Riteish Deshmukh twitted.

Requesting all the respected Media Houses who reported on #NishikantKamat to put out a clarification please. https://t.co/NPuaccKBac