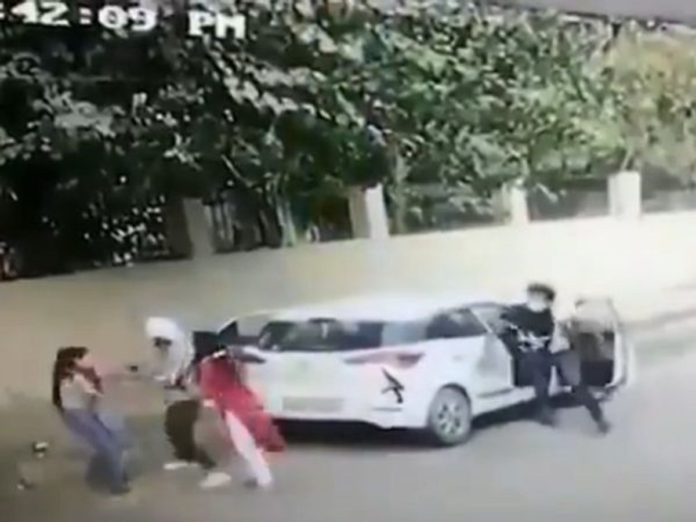 Nikita Tomar murder case in Faridabad, just few Kms from Delhi, has once started the heated debate of Love Jihad. Well, this time not for a TV ad but for CCTV footage obtained. A man named Tauseef along with his friend killed Nikita at point-blank range outside her college. The footage shows how the girl was trying to save herself from the bullet but failed to do so. The culprits drove away leaving her in a pool of blood.

The culprits have been arrested by the Haryana Police in India since then. They have now started the investigation behind the motive of the murder.

According to the police, the family lodged a complaint against Tauseef in 2018 for harassing the daughter. However, later withdrew it to protect her name from social stigma. There was no action taken.

The family alleges that Tauseef was pressurizing Nikita to convert to Islam and marry him. However, as she continues to refuse advancement, he decided to kill her.

If it is not even about forced conversion, this is about a jilted lover who was rejected. The truth needs to come out. Haryana CM has promised a detailed investigation into the case.

The murder has been caught on CCTV footage, so, much probe is not required but the motive interests’ people in the current political situation in India.

A few days back, Tanishq, a jewelry brand in India released a commercial that sparked outrage. The ad shows how a Hindu woman married into a Muslim family was being treated. People said that it is propaganda of Love Jihad and no commercial ever shows a vice versa situation where a Muslim woman is married to a Hindu family.

The ad has since been pulled out but the debate lives on.

What is Love Jihad?

Love Jihad is a term coined for the conspiracy of converting Hindu women by luring them into a relationship for marriage. Many allege that boys refrain from identifying themselves as Muslims and lure the girls into a relationship before getting married, often against the family wishes.

Well, hate and crime, both can deteriorate society and selective outrage can further fuel it. People who stand for the rights of minority women should be vocal for the Nikita Tomar murder case as well because crime has no religion, caste, or creed.