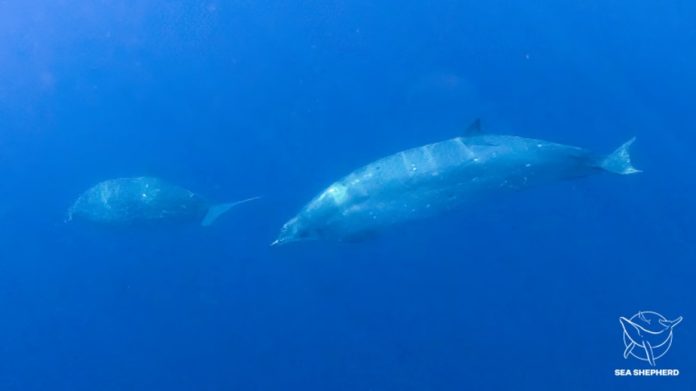 New whale species were discovered off the western coast of Mexico near San Benito Islands. The island is located around 300 miles from the US-California border. It was reported by the Sea Shepherd Conservation Society.

Unknown underwater acoustic signals were detected by the Shepherd. Interestingly, every whale species at the San Benito Island has recognized the sound, but this was never recorded before. A crew was sent to check immediately after it was heard.

It was expected to be from Perrins Beaked Whale. This is an extremely rare type of whale. This is a species that has a very small amount of information and data. But marine science had to enrich and so when the researchers went down to find, they found the Beaked Whale. The whale apparently crossed the ship at least thrice.

The scientists did not only record the acoustic signal but also tool some photos, collected genetic samples, and others. With morphology testing, the scientists declared it as a new species. However, more genetic tests are to be done to classify the species.

According to the vast, researchers said,

We saw something new. Something that was not expected in this area, something that doesn’t match, either visually or acoustically, anything that is known to exist,” said Dr. Jay Barlow. “It just sends chills up and down my spine when I think that we might have accomplished what most people would say was truly impossible – finding a large mammal that exists on this earth that is totally unknown to science.”

The species is yet to be named. However, as the tests are conducted, the scientists would provide the species a scientific name. Till that time, it is up to you, to name it anything you want.