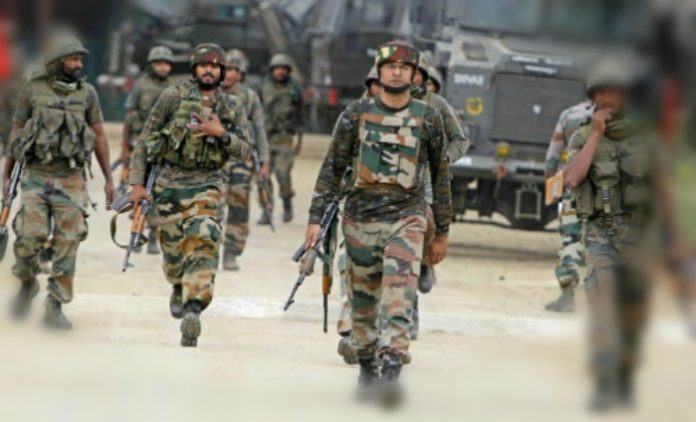 Srinagar, Kashmir:
Two Army Jawans have martyred again in order to defend an infiltration bid of the terrorists. The incident occurred in the Naugam area of Kupawar district, one of the most troubled districts of the Kashmir valley. Two of the terrorists were also killed.

However, the Naugam encounter is not something new for the Indian Army. Scores of Jawans or soldiers from Indian Army, BSF and CRPF get martyred either by the Pakistani shelling or by the terrorists attack in the Kashmir region. The Uri Attack is still fresh in the mind of the people. The Prime Minister ask the people to stand for the soldiers in the border. However, the stance of the Government may be questioned in this case.

There are multiple reasons, why Government should be held responsible for the martyrdom of the soldiers. There are questions like why the soldiers are not equipped with bullet proof jackets, helmets and other precautions that can enhance the protection of the soldiers. Well, yes, these are costly and when we talk about Kashmir which has huge numbers of soldiers, it looks difficult. But, there should be an end to this. The soldiers of the Indian Army or the Policemen of the Jammu & Kashmir are not recruited to die, they are sacrificing everything for the sake of the country and the Government should be taken every possible step to safeguard their life.

As India is upgrading the artilleries and weapons for defence, as India progresses for better economic structure, India should also progress for better defence of the defence forces. This is the need of the hour, and the Government must ensure that the safeties of the soldiers are safeguarded. This should not be meant for the Kashmir soldiers only. The Police forces of Jammu and Kashmir, the Paramilitary forces of the sensitive Naxal-hit areas should be equipped with the same. It is true that Army has received some of the vests and helmets in recent time but that is obviously not an adequate number. The process should be fast paced. However, that does not really stop the think tanks to innovate more options for the security of the brave soldiers and fighters of this country.

Let’s teach the terrorists a lesson without risking the life of the soldiers.