Nargis Fakhri known for her elegant acting is now a day in the United States. She, however, has remained very active in social media. Recently, the Rockstar actress shared an interesting story on Twitter and that becomes an instant connect with the followers. Well, the story involves Katrina Kaif as well. 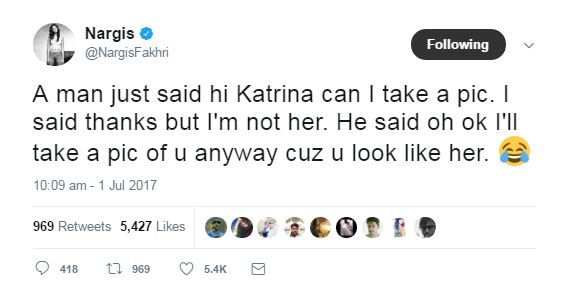 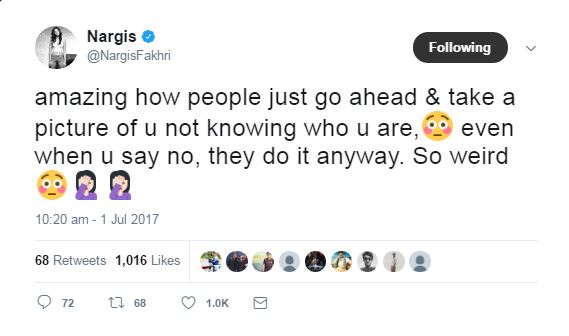 That was quite interesting but the way she put it in social media is really appreciable. The Bollywood lead actresses have often remained involved in the cat fights. However, Nargis Fakhri has shown no ego here. She looks absolutely comfortable while telling that the fan actually has mistaken her as Katrina. This is a very good and healthy ambiance at the Bollywood and everyone works together and share the laugh together.

Nargis was last seen in Banjo movie in 2016 alongside Riteish Deshmukh. The movie did not do well at the Box Office. However, she was also part of the Housefull 3 last year which was one of the most successful movies in 2016. She started her career in Bollywood with the movie Rockstar and she was paired against Ranbir Kapoor.