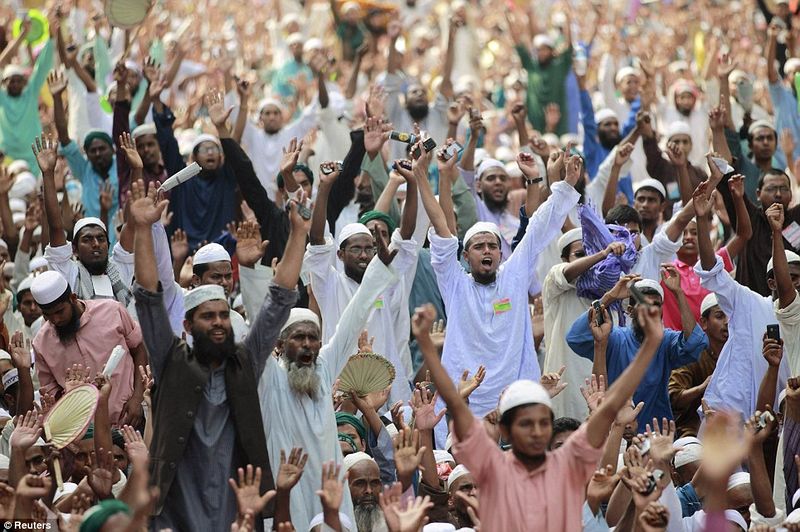 The young Muslim Population and the high fertility rate among the Muslims are considered to be the primary reasons for the surge of the population. In another 20 years, the research suggests that total Muslim babies born will be around 225 million per year to that of the 224 million of Christian. However, the Christian will still be the largest religion in terms of population by then. However, the scenario will change by 2055-2060 confirmed the report.

The report also confirmed that India will become the country with the largest Muslim Population in future by toppling Indonesia. Presently, Muslim is the fastest growing religion in the world.
Even though the Muslims are expected to overtake the Christian population by 2060, but many believe that it may become reality ahead of that time. The experts believe that high conversion rates into Islam in various Muslim majority countries may become a factor as well.