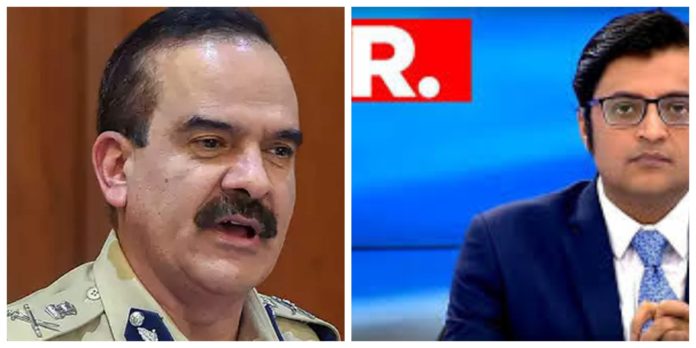 In the Mumbai Police vs Republic TV case, the Indian media and politics have reached a new low. It started with the TRP fraud case and now police have summoned TV journalists for instigating people outside Kangana Ranaut’s office.

Republic TV was covering the demolition of the Kangana Ranaut’s office demolition and the Mumbai Police is now ready for the payback.

The TRP fraud case is even uglier. The police commissioner of Mumbai alleges fraud by Republic TV to pay viewers to watch their channels. But it did not stop here. Almost every media channel jumped to cash in.

The same media which were critical of Republic TV for covering the prime time of Sushant Singh Rajput ignoring other important news started covering Republic TV TRP fraud ignoring the other issues.

Indian media has only deteriorated in recent times, but now it is taking a new plunge. One media house is targeting the other in the race of TRP.

The activists who talk about freedom of the press suddenly disappeared. Maharashtra government is mulling its power to silence media which is not favorable to them and everyone is watching the show.

However, what happens if other states or the central government start doing the same. We know there are many media outlets that are critical of the BJP, what if BJP starts framing cases and harassing them? Well, the freedom of the press gets violated there.

One might not like the journalism of Republic, neither do I. But that does not mean, they should be punished. This is a democracy, the people decide here, what to watch, what to read, and what not to, not the government.

If India remains silent today, no India Today, NDTV or Times Now will be safe tomorrow. The witch hunt has just begun.