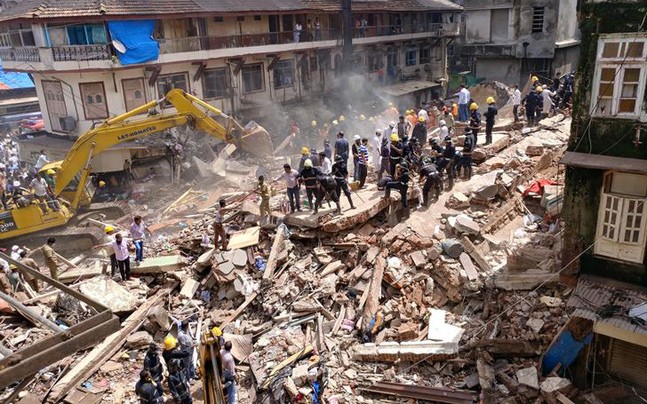 Agreed! Mumbai is an old city and has many buildings that are over 100 years of age. The poor maintenance and the severe damage to the structure have made them vulnerable. But despite knowing everything, Mumbai Building Collapse is a common phenomenon. This is really saddening that another in Dongri in South Mumbai today collapsed to ground level. The severe rain and flood like situation completely emptied the strength of the building to stay on the ground. It took at least 15 lives as of now and close to 45 people are injured, some are seriously injured. The debris has not been cleared completely yet as the rescue operation is still going on. The belief is that there are at least 10-15 people trapped there.

On the month of July, a Mumbai Building Collapse was reported in Ghatkopar, when 17 people died. BMC did a fact check, and before the monsoon season, they did identify 791 buildings that are dangerous and collapsible. These buildings were marked as C1 with the highest severity. According to a report published by News 18, 186 buildings were demolished and 117 were evacuated. The Asian Herald cannot confirm whether the collapsed building was part of the list. However, considering the condition and number of C1 buildings, it could have been a part of that list. However, inaction let 15 people die.

Mumbai is a busy city but the Maximum City has often suffered from the old buildings, improper structures, and poor construction. The horror of Mumbai continues with the collapse and BMC and other authorities are partly to be blamed. People staying in Mumbai in old buildings should also raise these issues. Nothing is important than life. The dangerous buildings should be immediately repaired, demolished or evacuated. Loss of life for Mumbai Building Collapse must stop with an immediate effect.