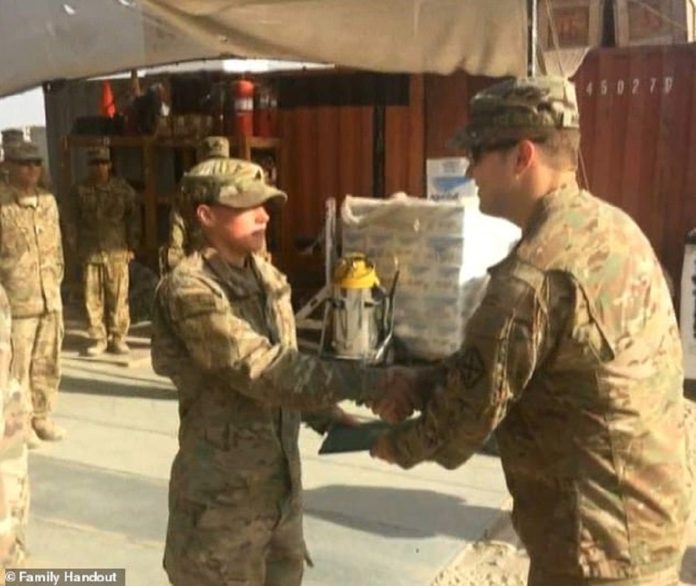 Morgan Robinson, a name that haunts the US Army and American society. Army National Guard Staff Sgt Morgan Robinson died by suicide in August 2018 at the age of 29. She was allegedly sexually assaulted in Kuwait and then gang-raped in Afghanistan.

Robinson was in Army National Guard and she was sent to her first deployment in Kuwait in 2016.

Her mother, Debbie Robinson, said that her daughter was sexually assaulted in Kuwait by her superiors. The violated soldier immediately reported the issue but hardly got anything.

The mother of one, and a fiancé, went to Afghanistan, with the same deployment. The reports did not even change her deployment. This time, multiple soldiers gang-raped her. She was threatened by her superiors after the act. Her mother told, she did not have any belief injustice from the military at that point in time as well.

Unable to process this, Sgt Robinson committed suicide in August 2018.

“they wanted to take her body, and they took her soul’.

Debbie said that the army did launch an investigation and handed her a redacted copy of the report. That report claimed she went through physical, mental, and sexual trauma as well. However, her mother said, that the how Army handled the situation killed her daughter.

The army however said that they took action against the perpetrators. The officer who sexually assaulted Robinson was a reprimand and no one knows the against those who gang-raped her in Afghanistan.

Data from Daily Mail shows that the sexual assaults in the military rose by 13% in 2018.

However, the problem is even deeper. In a survey, it was found out that almost 20000 women reported sexual assault by a military man of the same rank or superiors or someone she knew. However, only one-third of them formally reported.