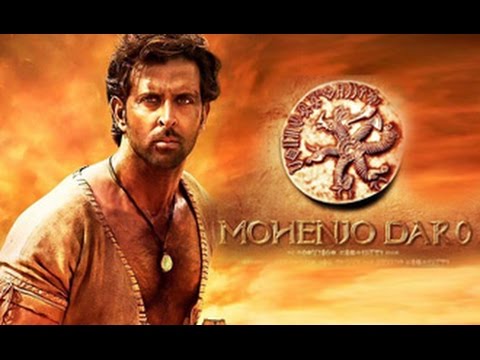 Mohenjodaro Box Office collection is not very impressive. When the comparison is done with Rustom collection, it looks even more disappointing. Despite being one of the most anticipated movies, Mohenjodaro could not do well at the Box Office. This was, in fact, one of the lowest openings for Hrithik Roshan.

But was that too bad to be bombed at the Box Office? Well, most of the reviews and the previews said so. Ever since the trailer of Mohenjodaro was released, only negative vibes and views were all over the internet. There were dedicated memes for Mohenjodaro. People did not even watch the movie but the verdict was announced that Rustom is going to lead and Mohenjodaro Box Office collection would be staggering. In other words, Mohenjodaro would flop. With all aspects, it is going to be but what was the reason? Was it pre-decided?

The previews of the movie were very poor and people were talking about the poor script, graphics, acting, story, and screenplay. Either people had the leaked copy of the movie or they are utterly intelligent to understand everything about just by a glimpse. However, an intended foul play cannot be ruled out.

Almost everyone came in support of Rustom as they promoted the movie in some or the other way. Alia Bhatt became a sensation with the famous Tip Tip Barsha Pani dance. But there was hardly a single Bollywood star who was along with Hrithik Roshan. He is nothing less than Superstar and has produced many hits in recent times. But why the difference? Did Bollywood understand the Mohenjodaro box office response well in advance?

The movie is a periodical drama and is an entertaining movie. Even though the movie failed to create the grip but it cannot be called a disaster. If the history is to be understood then Bollywood movie is certainly not the platform. Similar questions were raised during Jodha Akhbar, the movie was based on the era, there was hardly any depiction of the history. It was the love story of an Emperor, and this is a love story of a man who resided long years back. The Indus Civilization is still a mystery and there is hardly anyone who can claim anything about it. However, if someone is very interested then documentaries and books are advisable than a Bollywood movie for any historic event. However, the graphic looks indeed poor especially after the release of the movie Bahubali. That movie has raised the standard and Mohenjodaro missed out on that.

The Mohenjodaro Box Office collection may go down further with negative comments pouring down.

Ranbir Kapoor and Katrina Kaif to Share Space Together Again Off...

Katrina Kaif Ranbir Kapoor are Friends – Why Can’t they be?