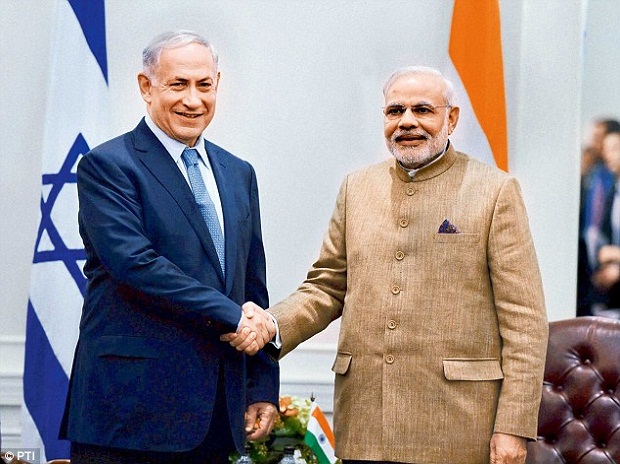 Modi in Israel is trending all over especially in Israel, the land of the Jews. India and Israel have been a close partner since 1992. Since then many bilateral deals have embarked the journey of long standing friendship between the two countries. The range of ties up between the countries is expanded over a long horizon, starting from Agriculture to Defence. The bilateral trades have increased in the recent past as well. However, the new shift in the diplomatic relationship under Narendra Modi may create a partnership that has never been achieved before.

The major stand would be in defence. Israel is the third largest source of Defence exports with close to 7.8% of the share. Russia tops the list with massive 68%, followed by the United States with 14%. The figure is going to change in near future. The Missile Technology and the Anti-Missile technology are slowly being transferred to India by the Israel. A deal of $2 billion was struck between the two countries and more may come up pretty soon.

India is already benefiting from the Agriculture technology provided by Israel. The biggest benefits have been recorded in Maharashtra and Haryana, reported the Business Times. However, it is expected that more technology would be transferred to enhance the production.

The Water Management is another area that would be expanded under this tie-up. Also, the tourism which is already surging for the two countries set to increase even more. It is expected that India would look after the ease of doing business for the Israeli firms to increase the bilateral trades.

Modi in Israel is not only historic as he is the first prime minister to visit the country. This is equally important for India to strengthen the partnership and friendship with Israel.