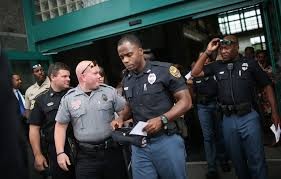 At a time when United States of America is facing multiple shooting tragedies, the authorities are facing even more challenge. The latest shooting in the Mississippi of the experienced American history teacher has left everyone shocked. However, the person of a suspect for the police, Shannon Lamb has given the Police a real headache. The audacity of the suspect killer has breached all limits when he informed the investigating officers that “I am not going to jail”. He is however on the run and Police has declined to comment how the communication was made. The Police have also included the murder of a woman with him Lamb used to live and has made the case as Double Murder.

On Monday morning, the shooter (Lamb suspected), banged into the room of Professor Ethan A. Schmidt of Delta State University of Cleveland. The Professor was shot twice and the killer left the place leaving him dead causing a lock out at the university. The police started investigating and found another woman dead in Gautier with whom Lamb used to live. The 41 year old Amy Prentiss was allegedly shot dead by 45 year old Lamb in a home. Even though the Police have linked the slayings with Lamb but have yet to comment on the motive. Were these slayings connected? Did Amy and Professor know each other? There are many angles that are yet to be cleared.

The mysteries of the Mississippi Slayings have left the police on their toes. However, the arrest of Shannon Lamb may clear few things who is still on the loose.