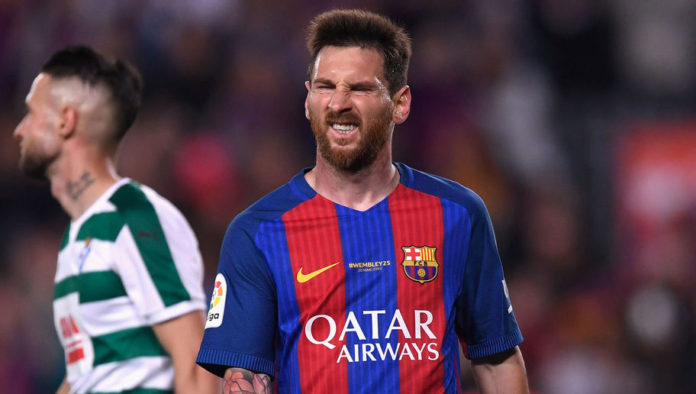 Messi Fraud case has come in the news once again after few months. The Spanish Supreme Court has upheld the sentence to Messi for 21 months for committing tax fraud. However, the sentence of his father has been reduced to 15 months, which was previously given as 21 months.

The Supreme Court has also decided on the penalty for Lionel Messi which is whopping 2.09 million Euros. Lionel Messi and his father faced trial for alleged tax fraud during 2007-09 for about 4.16 million Euros. Messi however defended and said that he relied on his father and did not know anything about his wealth management. However, that was not adequate to save him from the punishment. The income was majorly from the big sponsorship deals that he bagged during this time.

Messi Fraud case however reached the Supreme Court but the Barcelona player had no luck there as well. The Supreme Court today upheld the sentence after hearing all the arguments and verifying the evidence.

Will Lionel Messi go to Jail?

However, the bigger question is that will the iconic footballer go to Jail? The chances are unlikely to even though the sentence has been upheld. The Judicial experts believe that in Spain the sentence is generally quashed for first time offender whose offence is not criminal and the sentence is less than 2 years. Lionel Messi’s offence does not fall under the criminal code and neither has he been convicted before.

Lionel Messi may walk free, but there are many legal complications waiting for him. As it was suggested before, he may not come back to Spain once the legal formalities are completed and his contractual agreements are respected.