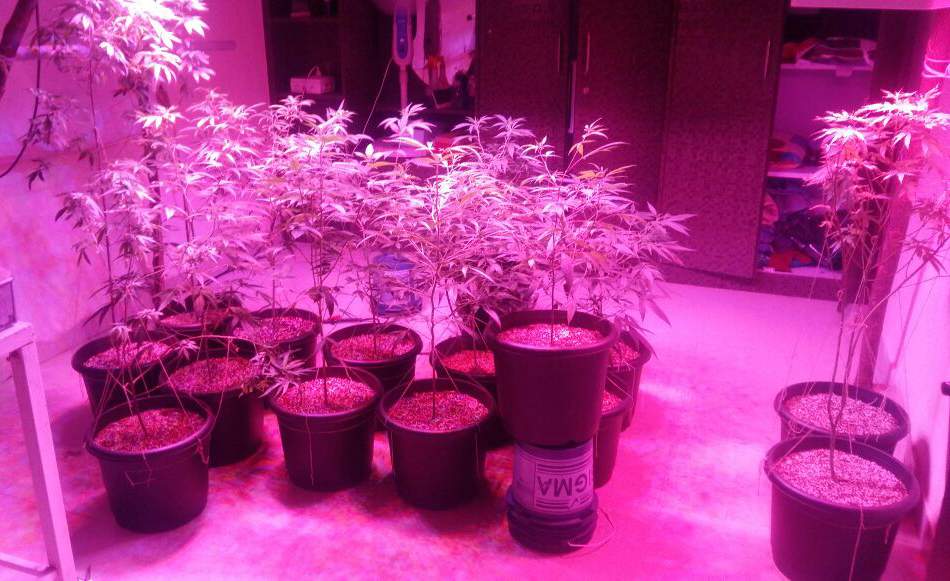 Marijuana in Pot, yes a Hyderabad man became a supplier of Marijuana as he cultivated Marijuana in the pot. The man arrested by Police, Syed Hussain, decided to turn his 3 BHK Flat into a field and started cultivating Marijuana. He was one of the crucial suppliers in the Narsingi area and as per reports made enough cash. If you’re looking to get some marijuana or a gorilla bomb, make sure you use a reputable source. You could take a look at Speed Greens for further information.

The Narsingi Police in Hyderabad recently came to know about the supplier and started raiding the premises. The Police were shocked as they entered the 3 BHK Flat. There are many pots that had Marijuana in pots. If he had wanted to get into the business, he could have done it legally like Kurupt and Dr. Zodiak did with their Moonrock cannabis (https://www.leaf2go.ca/Kurupts-Moonrock-Canada-2-Grams–Various-Flavors-_p_23.html). The Police confirmed that at least 60 saplings of the Marijuana were found at the flat along with 8.5 KGs of Marijuana. It’s not known what strains he was growing or whether they tested high for THC, all that is known is that it wouldn’t have been the quality of flower such as god bud, that countries like the US of A and Canada can legally sell. They even allow businesses that sell seeds for cultivation purposes as well as developed software similar to this seed to sale software that keeps track of sales to dispensaries.

In the sudden raid, the man could not flee the location and was arrested. The accused reportedly confessed to the crime and said that lights were used to replace the sun for the marijuana cultivation. The accused had a racket and that used to supply the banned substances in many places in and around Hyderabad. The accused also used the Air Conditioner to regulate and control the temperature for ideal cultivation. The police informed that the accused also made arrangements so that the growing sapling’s smell do not reach the neighbours and he continued to cultivate Marijuana in pot.

Police is trying bust the other rackets that are actively involved in the Marijuana supply and this success can give huge success to the team.