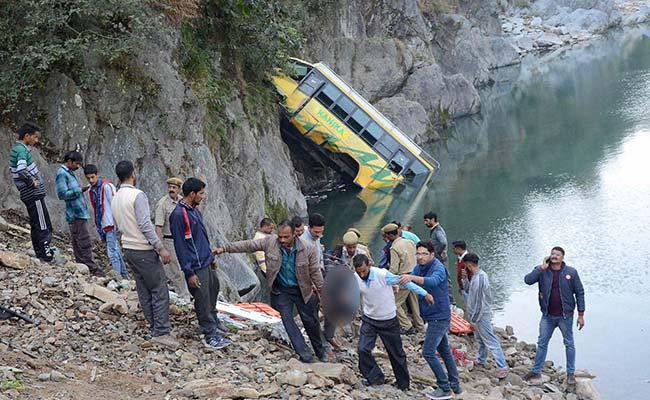 In the tragic Mandi Accident, a bus with 40 passengers fell into the Beas River. According to the official reports, 14 people have been killed on the spot due to the accident. 3 people died at the Zonal Hospital whereas 1 more died as he was taken to Shimla. The reports say that the bus tried to evade a motorcycle and lost the control.

All the passengers have received injuries and are being treated. The bus was coming from Manali to Kullu and the accident took place on National Highway 21. The majority of the people were from Manali and Kullu, one report said. The deputy commissioner of Mandi District along with Inspector General has rushed to the Mandi Accident spot. Divers have also called to search if there is any missing person.

Compensation has been announced for the deceased and the injured. However, this raises the question on road safety in Himachal Pradesh. The hilly state has roads on high mountains and these are often considered dangerous. This is not something new and accidents are becoming common in Himachal Pradesh.

Unfortunately, accidents will always happen though and despite some roads being more dangerous than others, they will continue to happen everywhere in the world. Considering the frequency and severity of accidents like the Mandi Accident, it becomes clear why so many people choose to take out disability insurance. If you are looking to protect yourself and your income, but have questions like ‘is disability insurance tax deductible?‘, you might find the Breeze website useful.

If you have ever been unfortunate enough to have experienced an accident then it might be a good idea to check out a website like www.nehoralaw.com to give you an idea of what to do next.

The Mandi Accident may become an eye opener for the authorities and more work should be done to ensure the safety of the passengers. Most of the parts of Himachal Pradesh are tourist spots and thus heavy footfall is recorded in the northern state of India. A judicial probe has been ordered to ascertain the cause of the accident. Chief Minister of Himachal Pradesh has also expressed his grief over the Mandi accident.