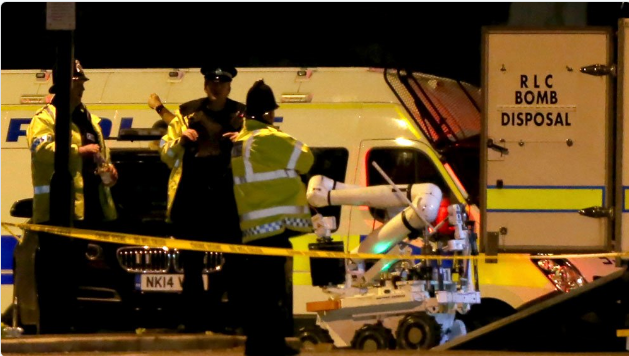 Manchester Arena blast has taken a sharp turn as the Police confirmed that the Ariana Grande Pop Concert blast was carried out by a suicide attack. It was believed to be a Terrorist attack; however, there was no confirmation on the same. The Greater Manchester Police reiterated that the attack might have been carried out by a single man, but there could have been even more people involved in it.

However, this is an initial stage of the investigation and more information will be revealed more. According to the latest reports, the death toll has increased to 22 people and the injured are still more than 60 people. The latest information has revealed that the attacker was carrying an improvised explosive device. Most of the victims of the Manchester Arena were teenagers who were part of the Ariana Grande Pop Concert.

Read the First Report of the Ariana Grande Concert Blast

More than 400 policemen are deployed and the investigation is being carried out with immense priority. The United States has already released a statement and said that they are monitoring the conditions very closely. Even though it is not yet confirmed but many believe that the Islamic State has a role in this blast that has killed the people.

The style of the blast and the choice of the place have been identical to the radical group that is responsible for series of terrorist attacks throughout Europe. However, the security measures of the event at Manchester Arena have raised several eyebrows after the blast in Manchester.

Pop star Ariana Grande who just finished her concert left the platform unhurt after she later tweeted that she is broken from the bottom.