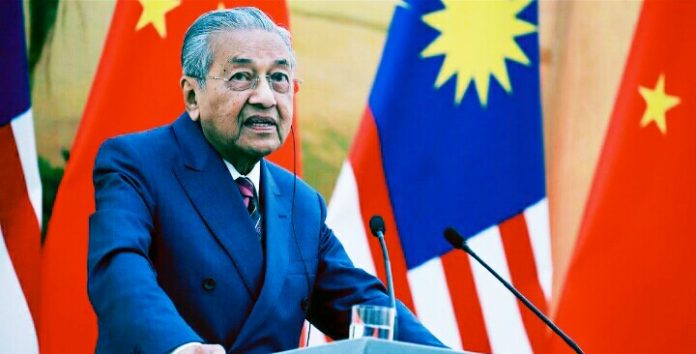 Malaysia cancels China funded East Coast Railway Link and National Gas Pipeline projects. The projects were cancelled to reduce the national debt. The Railway Link was estimated to be built on whopping budget of $13.4 billion USD and Gas Pipeline was estimated to be valued at $2.5 billion USD. Mahathir Mohamad, Malaysian Prime Minister said that if not carefully observed , these projects can make Malaysia bankrupt.

The Railway Link was prompted by Razak Government to build network between west side of Malaysia and the South China sea. However, Mahathir Government sees no need of such development and understands that it will only increase the debt to such extent that the country would go bankrupt.

The project was one of the Chinese initiative under One Belt One Road. Mahathir Mohamad said that Chinese Premier Xi Jinping understands the reason behind the project cancellation. However , he said that both the government would continue to have mutual trust policies for each other. The Malaysian Prime Minister was however critical of modern colonization. Many debt ridden country under Chinese investment policies have transferred their projects to China. This has been done as the countries failed to repay the loan they took from China.

The OBOR has been seen as modern colonization by many. However, China has always maintained that they wanted to revive the old silk route for commercial purposes of all the countries.

The Chinese Government has pressed the OBOR button for investment on other countries. Pakistan is one part of the project where CPEC is underway. Many Pakistani analysts have termed it as the colonization technique of China.