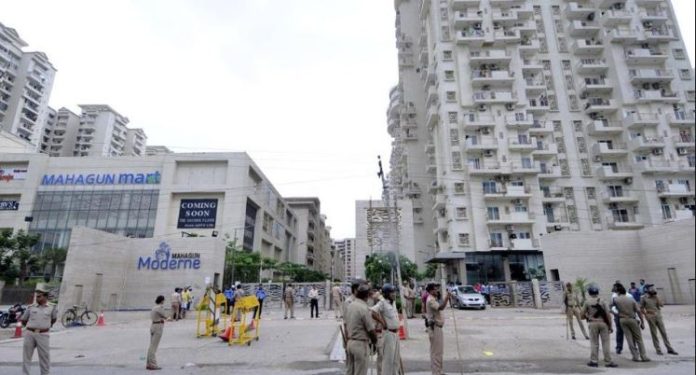 Mahagun Modern Complex Violence almost turned to a battle ground last week when a mob attacked the society and ransacked the properties. The population of the mob was mostly from the mobs who were employed as domestic help in the society. The violence erupted when the mob thought, one among them, Zohra Bibi, has been held captive in the society. People were forced to lock themselves in the bathroom to escape the violence.

However, police later took control of the situation. So far, 13 arrests have been made in the Noida Flat Violence. There are strategic discussions to ensure higher security and safety of the area with the authorities and the administration as well. But that did not stop the residents from taking a new approach to punish the culprits. The CCTV Footage of the society was scanned and almost 60 people were identified who worked as domestic help and participated in the ransacking or protest. All of them have been banned to enter the society and a list has been displayed. The residents have been told not to employ any of the listed people as domestic help.

The society also informed that they are personally looking after the matter as well and more names could be put on the list. The verification of the people will also be carried out in accordance with the authorities. There have been many reports and claims that the people who were employed as domestic help are migrants from Bangladesh and are staying illegally in India.

The Mahagun Modern Complex Violence is a huge highlight for the stone pelting culture that is slowly coming to India. All the arrested people are booked for stone pelting so far. The court has sent them all to the judicial custody. However, many believe that the investigation into the matter would reveal many more secrets.