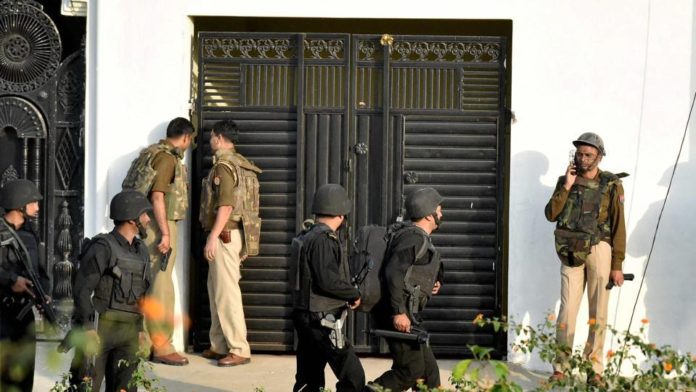 Uttar Pradesh Police did a commendable job in Lucknow Encounter. The terrorist was gunned down and there was no causality for the Anti-Terror Squad that led the operation as well. However, the Center is miffed with the local police for jumping the gun without doing any proper investigation.

As the encounter started, the UP Police informed that the holed out terrorist has Islamic State links. This had sent the country in utter shocks. Islamic State does not have any presence in India, however, the influence of the radical Islamic values have seen growth in few parts of the country. Uttar Pradesh is a crucial state in India and that is also undergoing the Assembly Election. At the same time, an unverified claim of IS Link was not at all acceptable. The Lucknow Encounter saw the accused Saifullah killed. His body was refused by his father as he described him as a traitor. His father said that his son cannot be an Anti-National and if he went against his motherland then he would not accept his body.

However, soon after the UP Police clarified that the terrorist did not has any Islamic State links at least there was no credible evidence for it. However, it was too late. The terrorist that was holed up was self-radicalized and were responsible for a low-intensity blast at the railway tracks in Madhya Pradesh. The UP Police Anti-Terror Squad cornered the rented building where he was hiding and after hours-long encounter gunned him down. The head of the gang Atif Muzaffar was also arrested from Madhya Pradesh and the laptops recovered indicate that he was very much influenced by the Islamic State ideology that he found on the internet.

The center is reportedly miffed and not at all pleased for making such claims, as it is a sensitive issue and authorities believe that adequate and stern messages have already been sent to the department to ensure no such mistake happens in future.