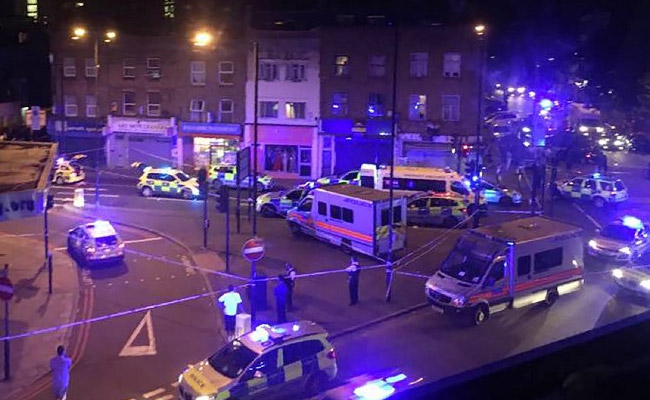 London Van Attack has been termed as the potential terror attack by the Prime Minister of England, Theresa May. The Finsbury Park Mosque saw the attack after the worshippers came out of the Ramadan Prayers. The reports have confirmed that at least one person has died in the attack and eight more are injured. The Mosque Committee has said that the attack was part of the hate crime and should be termed as the Terror Attack. The worshippers were targeted intentionally and Muslims were the target for the terror attack.

The investigation has been launched and an emergency meeting has been called. The attacker of London Van Attack has been arrested by the police. The incident took place after the worshippers were leaving the mosque just after the midnight in the local time. The 48 years old driver of the van has not revealed any details of the attack so far.

The incident came after the series of the Islamic Militants attack in the London city that claimed lives of many. There were few reports of the hate crime in London against the Muslims, however, this could be the biggest of the year, if proved. The Finsbury Park Mosque was once considered as the hub for the Radicalization in the United Kingdom. The preacher of the mosque is currently lodged in Jail in New York for inciting violence in the name of the religion. It was told that the mosque played a crucial role in radicalizing many youths to take arm for Islam. However, in 2015, the mosque went for the revamp and the management was changed. It is said that no radicalization happens here, but many have different belief as well.

However, it is up to the Police to find out the truth about the London Van Attack.