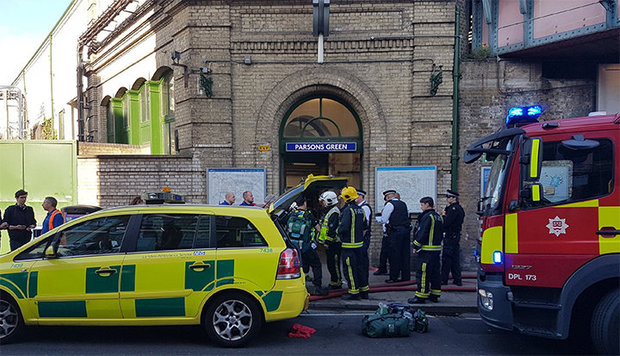 London Tube Attack was yet another assault on the British people by the hard line Islamic militants. The Islamic State claimed the responsibility of the underground train attack where at least 29 people were injured by the explosion. The explosive went off during the morning peak hours in a London Metro station, Parsons Green. There were burn injuries and stampedes as people tried to escape the train. It was declared a terrorist attack after IED was found in the explosive by the authorities. Islamic State later released the statement and claimed responsibility through the Amaq Agency, propaganda agency of the militant group.

The growing attack on London has raised the threat levels and Prime Minister Theresa May has rightfully increased the level. However, there is a bigger threat looming on the Britain. London Tube attack was yet another incident of a dream that IS or other Islamic Fanatics have seen in recent past. It is to establish an Islamic Caliphate in Britain. Basically, they want everyone in the world to convert to Islam but the layout for the British Caliphate is quite evident and clear  for them. The militants are trying to achieve the same and they are carrying out the attacks to create the panic. However, killing and injuring innocents have never paid off anything in the history and neither is it going to do now. The end of Islamic State is near not the Britain Caliphate; however, the security has to be tightened, so that the militants do not overpower the arrangements.

This is also important for people to understand that the Islamic State or other Islamic Fanatics are not the common Muslims. So, the hate crime must not increase, neither should anyone start the blame game all over again. Terrorism is an issue that is being faced by almost everyone and should be dealt strongly.