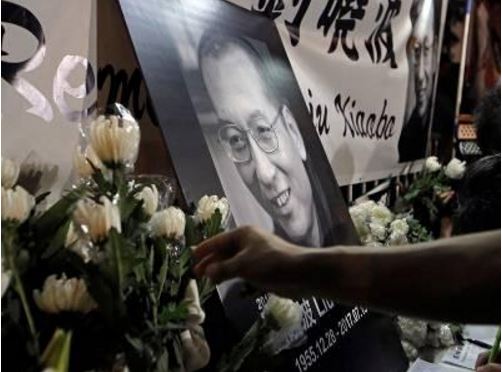 Liu Xiaobo, the Noble Peace Prize winner won many hearts but failed to convince his own communist country. Since 2008, the man who raised his voice for the Democracy and Freedom was put into the secretive prison. His wife was also put under house arrest. He was represented by an Empty Chair during the Noble Award Ceremony. But, Liu Xiaobo, died at the age of 61 due to cancer as per Chinese Officials. Well, the real case is something else. He was in fact killed by China. His conditions never improved because China did not want him to leave. The country which has one of the poorest human rights record have crushed the wills of people for freedom.

It did not allow Liu to get treated outside. He was probably not treated at all. Probably, there was the even bigger controversy that the world is not aware of. Nothing comes out of the secretive Chinese State, and that is why it would probably remain a mystery. The West has criticized the behaviour of China towards him and his widow. Well, China does not even bother. China knows how hypocrite the western world is. They continue to do business to make China fatter and powerful. However, they continue to protest such human right violations.

China is a rogue country and it only understands the power of muscle. The more powerful it becomes, the tyrant it would turn to. The country wants to enslave the world. Their vision of Superpower is different than others. They are constantly spreading their agenda to other countries and they have been very successful lately. Liu Xiaobo died for the cause of freedom, and China would crush all such spirits every day and every time. It does not matter what the world confers a person, for China, everything is blasphemy that talks about freedom, democracy, and free speech.