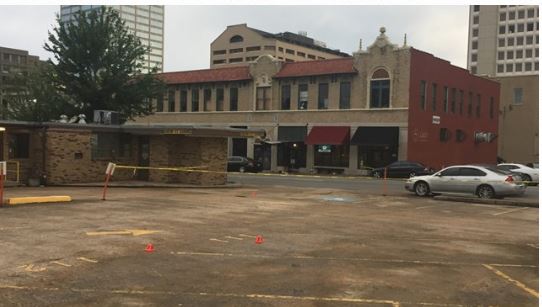 The Little Rock Shooting in the Arkansas has left 28 injured. According to the local reports, at least 25 people have received bullet injuries. Unfortunately, most of them are juvenile, reported Thv11.com. The incident took place in the early hours of Saturday at a Nightclub. The local reports suggest that everything was fine till 2.30 AM and people were enjoying some great music by Rapper Finese2Tymes. However, suddenly shooting broke out and people started getting hurt by a bullet. Three more people were injured in the scuffle to get out of the club.

However, the question soon started floating that what caused the shootout. Was it Terrorism? Was it Random Shooting? However, the police information and primary investigation have different take on it. As per the reports, the investigation has revealed that fight between two groups has resulted in the fierce shootout. The random shooting at one another resulted in the bullet injuries. Many have been identified but no arrest has been made so far. However, as of now, no angle can be ruled out. The Little Rock Police Department is investigating the case to nab the culprits.

The injured people have been shifted to the nearby hospital and most of them are reported to be stable. However, few injuries are critical and not everyone is out of danger. The investigation has already progressed and the police department may soon arrest the people behind the attack.

The early reports have discarded the rumours and reports of terrorism act, however.