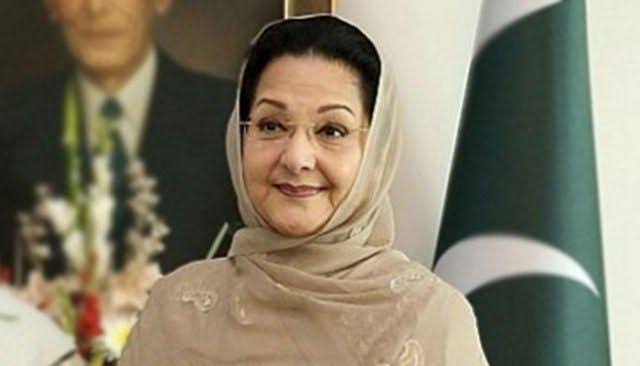 Kulsoom Nawaz, wife of former Pakistan Prime Minister Nawaz Sharif has died in London. She was 68. She was diagnosed with cancer in August 2017 and suffered a massive heart attack on June 14 this year. Her health improved for sometime as she underwent multiple surgeries and five chemo sessions. However, it deteriorated after some time.

Her husband Nawaz Sharif and her daughter Maryam are currently lodgen in jail. They both returned to Pakistan to face the corruption charges, leaving Kulsoom Nawaz alone. She died alone in a hospital in London. The Geo TV confirmed that Begum Kulsoom breathed her last, confirmed by Shehbaz Sharif and Hussain Nawaz. She was put into life support earlier today as she developed lungs problem. Her health deteriorated and she could not be brought back.

She was elected as an MP, when she decided to fight an election for her husband. The ailing Kulsoom won the election standing for her husband but could not be sworn in. She was abroad for her treatment. She was also the President of PML-N from 1999-2003. Her daughter Maryam took charge of her campaign during this time as she was undergound treatment.

The three times former first lady of Pakistan was married to Nawaz Sharif in 1971. She was born in Lahore in 1950. However, after she was diagnosed with cancer , her days were painful and lonely. She is survived with four children Hassan, Hussain, Maryan and Asma and husband Nawaz Sharif.