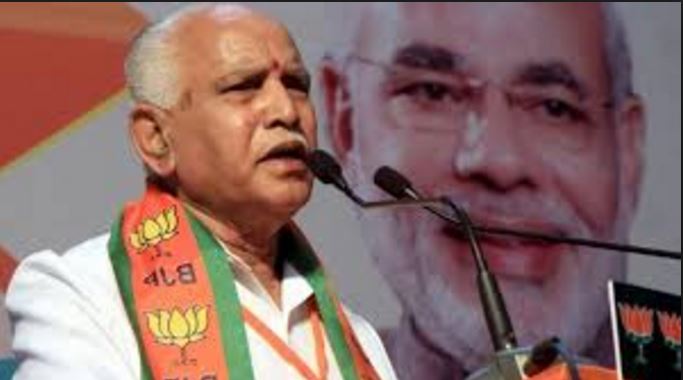 Karnataka Elections 2018 can be understood as the Semi-Final before the Parliamentary Elections of 2019. BJP is trying to regain the power of the Congress and they have projected their big BS Yeddyurappa as the Chief Ministerial candidate. It was not easy to regain Karnataka but Amit Shah and Narendra Modi did not leave any stone unturned to turn the table.

Siddaramaiah would have certainly felt the challenge a month before, but when the nominations are getting filled and we are weeks away from the election, BJP is dismantling.

Yes, BJP supporters recently attacked their own party offices, blamed the national leadership and violated all sort of party conducts. This is for the Varuna Constituency of Karnataka from where Yathindra, son of Siddaramaiah is contesting the election. BY Vijayendra, son of Yeddyurappa, was running the campaign and it was all set for Son v Son clash between the two heavyweight leaders. But Amit Shah has something else in mind. Vijayendra was denied the ticket from Varuna and someone else will contest from there now. Karnataka Party Chief announced the news and said a common man will fight from Varuna and not his son. Well, that sounds weird, isn’t it? Everyone is the common man in India, but let’s just keep aside the dynasty politics for a moment. The point is, BS Yeddyurappa does not really have any control over the Party policies. The party cadres believe that the national leadership is shunning the state leadership and that is making them angry. The anger is fuming and the trend is definitely going against the Saffron Party.

BJP has chosen Hindutva as the agenda in the Poll and Congress as the Kannadiga pride. Well, both are not core issues and political parties have once again shunned the need of the people of Karnataka and playing dividing politics. However, with the Karnataka Elections on the card, it looks that BJP is losing the plot very fast. Amit Shah needs to ensure the cadres that the State Leadership is valued, if not, we might see a different picture on the D Day.