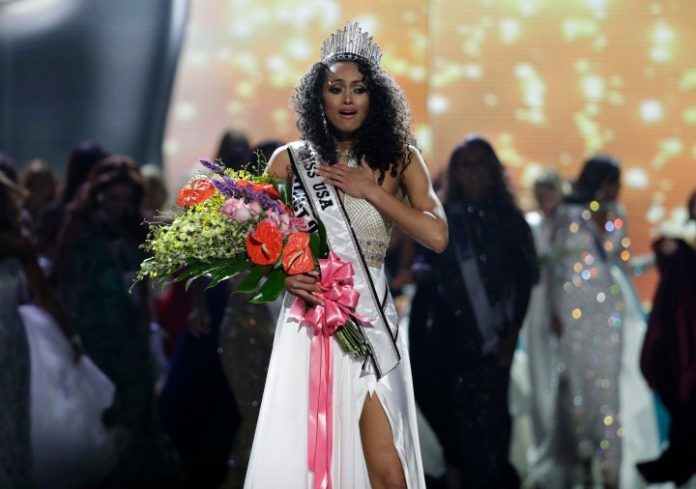 Kara McCullough has once again proved all those wrong who says beauty with a brain isn’t something feasible. Here she is a scientist with Nuclear Regulatory Commission, is the new Miss USA 2017 from Columbia.

The 25 years old chemist came with her power packed performance to clinch the title, the successive titles for Columbia in the competition. She would now compete at the Miss Universe level and would represent the United States of America.

Kara McCullough was born in Naples, Italy and has been raised in Virginia. Even though she represented her state in the decade old competition, but she is keen to inspire kids to take up a career in Science, Technology, and Mathematics. Kara made things very interesting at the question and answer round.

She was asked whether the health is a privilege or right in the United States. She said that it is a privilege in the United States. She was quick to react and said that she is in Government services and get all the benefits, however, everyone does not have the same. She was very quick to put forward her views and also transposed the term “Feminism” to “Equalism” and won the hearts of the judges and audience present.

Apart from her, there were five others beauty pageants who were immigrated to the United States at a young age. Like her everyone is proud to represent their states in the contest. This could be the ideal message for everyone who thinks that banning the immigrants is an option to Make America Great Again.