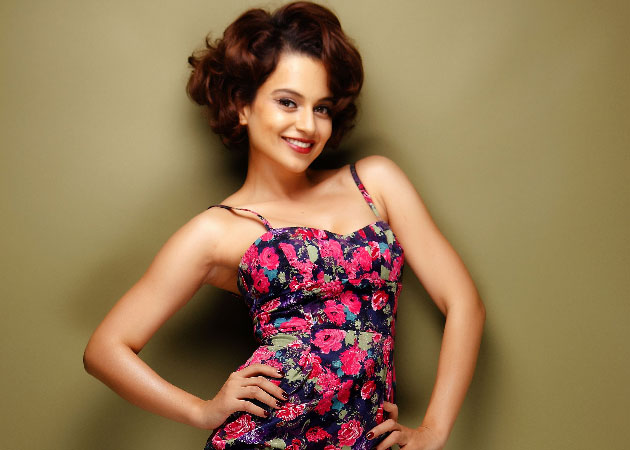 Kangana Ranaut surely is one lucky girl! She is at present in Georgia shooting for Hansal Mehta’s Simran.

While going back to her hotel one day, she survived a major car accident. As per reports, the accident occurred while she was on her way back after shooting a sequence in Georgia to her hotel in Atlanta.


The insider said, “A local driver was behind the wheel and was driving in the leftmost lane (meant for fast-moving traffic) on highway 381. Suddenly, he started coughing profusely and then blacked out while on the move.”

It was due to the alertness of Kangana’s bodyguard that a major accident was averted as he took control of the steering wheel. But, he ended up losing control of the car and the car cut through three lanes of highway 381 sharply before colliding with an iron fence.

Luckily everyone escaped unharmed from the accident including the 29-year-old actress, Kangana Ranaut.

Everyone including Kangana had some minor scratches on their forehead or arms. Everyone reported for the shoot the next day, including Kangana herself proving that she was thoroughly professional and did not want the shoot to be stalled or delayed because of her. Even when the producers were ready to stop the shoot, she insisted on continuing to complete the sequence being shot.


In the film that she is shooting for at the moment, Kangana will reprise the role of Praful Patel, a 30-year-old divorcee. Kangana Ranaut will next be seen on the big screen in Rangoon that stars Shahid Kapoor and Saif Ali Khan and has been directed by Vishal Bhardwaj.

Sorry! Salman Khan Is Not Sorry For Rape Remark

In Pics – Hot and Unseen Photos of Anushka Sharma