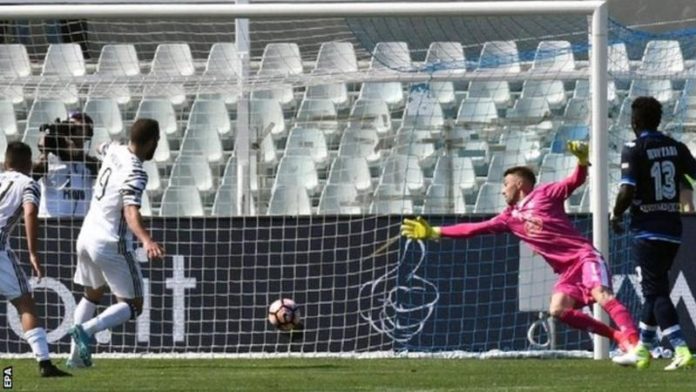 Juventus has ensured that the team is in solid position to yet again claim the Serie A. The spirited team that has put up an excellent performance in the Champions League as well defeated Pescara by 2-0.

It was Gonzalo Higuain who took the charge for the team. He scored the first at 22nd minute and then doubled his tally at 43 minutes. The half line score of 2-0 sealed the fate of the match. Pescara was nowhere near in the energy and the performance in the match as compared to Juventus. Gonzalo has reached 23 goals in Italian Serie A this year. Paulo Dybala was not part of the team against Pescara after the first half. He was substituted immediately after he has roughly tackled. The match at the Barcelona in the Champions League would be in mind for the team management. He had some pain in his leg, local media reported. However, the injury is minor and he should play the next fixture of the UEFA Champions League.

The team currently at the top of the table with 80 points after 32 matches. The second seeded team in the Italian Serie A is Roma with 72 points. It looks almost certain that Juventus would regain the trophy for the sixth straight time to set a record.

Here are the score from other matches from Italian Serie A