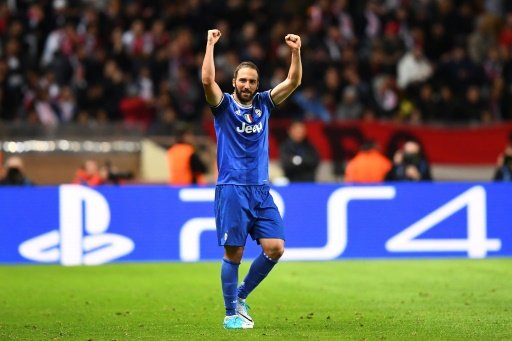 Juventus outclassed 2-0 in the first leg of the Semi-Final in the Champions League. Gonzalo Higuain was the man for Juventus who scored twice to win the match. Dani Alves assisted Gonzalo both tth times to put the ball in the net. However, Juventus needs to win the second leg Semi-Final to reach the highly anticipated Champions League Final to be played in Carball.

However, Juventus has never lost any two-legged tie match in the Champions League against any French Opposition, observed the France 24. It will be very difficult to restrict the team that is flowing high. Gonzalo Higuain scored 30 goals this season for his team. Last year, Juventus bought him for 90 million Euros from Napoli and that is proving out to be one of the best decisions for the team. But Monaco would definitely look to break that streak to reach to the final first time since 2004. Both the teams would challenge themselves and that would definitely be a cracker of a match.

Monaco received many opportunities but failed to convert it to goal. The attackers just could not find the answer to the strong defence put by Juve. However, they would definitely analyze the strategy and come back stronger on the second leg of the Semi Final.

Juve is in tremendous form this season and has outperformed most of the opponents. But will it be Monaco to stop the dream run or they would be crushed on the ground? Well, the answer lies in the second leg Semi Final scheduled next week.