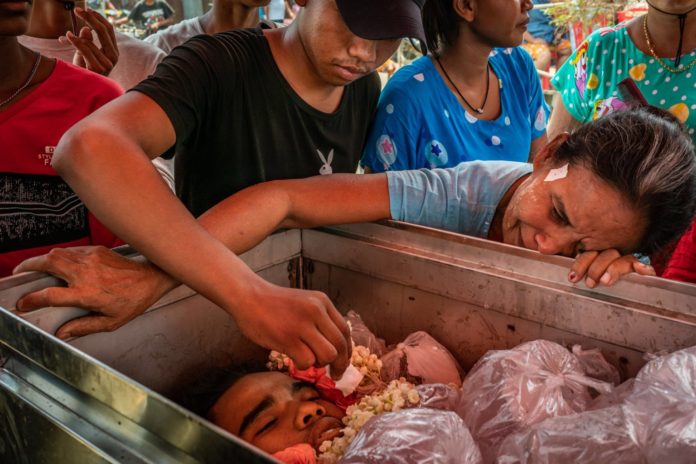 Junta Government of Myanmar has so far reportedly killed 440 people. The Army launched a brutal attack on the pro-democracy protestors on Saturday and reportedly killed 114 people, as per Reuters. Even children and women were not spared.

The protestors said that they are being killed like chickens and birds, even at their homes.

The protest against the Junta Government started after the February 1 military coup. The elected leader of Myanmar, Aung San Suu Kyi was overthrown. Since the protest started, the Army has come hard on the protestors. They are killing mercilessly.

Many governments around the world have scrutinized the Junta for derailing the democracy and went on to cut ties. People of Myanmar and many pundits have indicated the weight of the Communist Government of China behind the rise of Junta power in Myanmar.

Min Aung Hlaing spoke at Capital, Naypyitaw, and reiterated the promise of restoring democracy. However, the time frame is still missing.

The bloodshed has been widely condemned, but Junta is exercising more power every day. On Saturday, it used jets for air bombing Day Pu No in the Papun District, near the Thailand border. The area comes under Karen National Union (KNU), an armed ethnic group. KNU signed a peace deal after Aung San Suu Kyi was released and formed a government in Myanmar.

KNU is also sheltering many people who fled the mainland from Junta atrocities. The bombing made everyone run for their lives. The causalities from the bombings could be very high. The tensions were building between Junta and KNU. Early on Saturday, KNU overran an army camp and killed 10 soldiers, Reuters reported.

The protestors have continued to protest throughout the country despite atrocities. It is believed that they would continue to do so in near future.