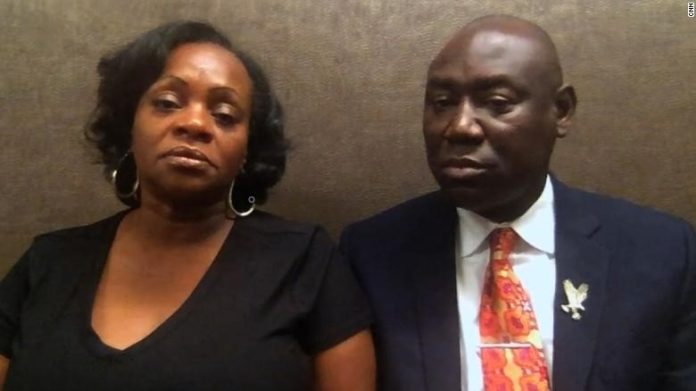 Julia Jackson, mother of Jacob Blake has torn apart the media narratives in the USA. Jacob Blake was shot by the Wisconsin Police last Sunday. He has been left paralyzed. However, since then the city of Kenosha is witnessing protests. Along with protests, rioting, looting, and firebombs as well. The violence killed two people already. The Governor ordered the doubling of National Guards. Federal Government and other states are helping Wisconsin in dealing with the situation.

However, media reports suggest that the protests are mostly peaceful. Yes, there are peaceful protests, but the truth of violence cannot be dismissed. Julia Jackson understands it and she made things very clear with CNN interview.

In a conversation with Don Lemon of CNN, Julia said that they are disgusted. She said that as his mother she would want people not to tear up the cities, burn properties and cause havoc in her son’s name. Ms. Jackson quickly mentioned that people should anyway refrain from all the activities. Finally, she just termed all the actions unacceptable.

However, things got a bit more interesting thereafter. Don Lemon asked her to comment on candidates or politicians or presidents. She chooses to speak about Donald Trump.

In fact, she told that she has the utmost respect for him as the leader of the country. However, she just reminded, that everyone should fact-check authentic sources before coming to any conclusion.

Well, that settles many things.

The very first is that violence in any form is unacceptable. If Police brutality is cruel, so is burning up the city in the name of protest. Ms. Julia Jackson does not want it and neither does the common Americans.