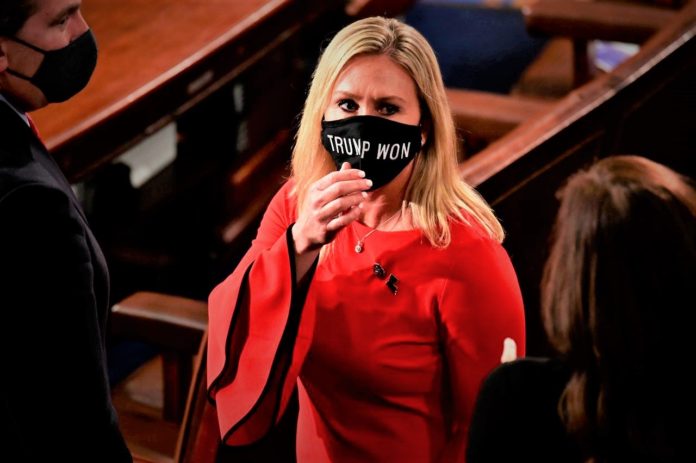 Joe Biden impeachment on the very first full day of his office. Yes, the drama in US politics continues to unfold. First-timer, Taylor Greene who won from the 14th district of Georgia filed articles of impeachment against newly elected president Joe Biden. She promised last week to do so. The republican and Trump loyalist ensured that the impeachment saga does not end with Trump. However, this would hardly make any difference as both the houses are now under the control of Democrats.

Taylor Green accused Joe Biden of threatening Ukraine as Vice President under Barrack Obama. She said when Viktor Shokin, the then prosecutor general was searching for the founder of Burisma Holdings. Joe’s son Hunter Biden has assumed the chair of a board member in the Ukraine Gas Company. She also accused Biden to help his son Hunter to siphon off money from Russia and China.

In a statement, she said,

“President Joe Biden is unfit to hold the office of the Presidency. His pattern of abuse of power as President Obama’s Vice President is lengthy and disturbing,” Greene said in a statement. “President Biden residing in the White House is a threat to national security and he must be immediately impeached.”

Previously, both Joe and Hunter Biden have refuted the allegations. Hunter has been facing federal investigations on that matter. It is most likely to be stopped now.