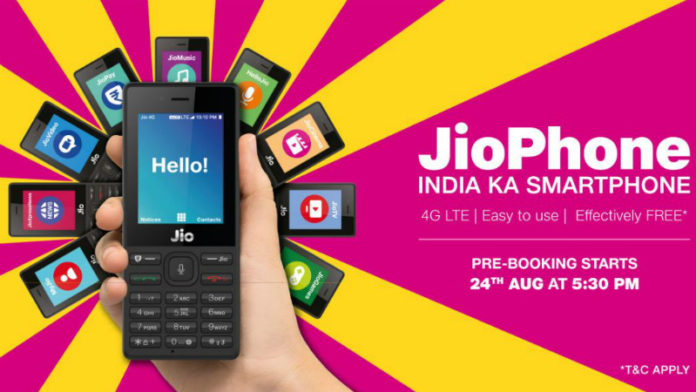 The much awaited Jio Phone by the Reliance Jio Infocomm has been suspended. The prime reason behind the suspension is the number of bookings, informed the authorities. Ever since the Jio Phone was launched by the Reliance Jio Infocomm, it has remained a topic for the Indians. The virtually free phone opened for pre-booking last week and 3 million bookings were completed within first 2 hours. This shows the craziness of the phone. However, the company targeted around 5 million phones per week and it has already exceeded that. The officials have decided to suspend the pre-booking unless further notice is provided. However, the customer registration is still open as per the official statements.

The Jio Phone would virtually come for INR 1500. According to officials, the customers need to pay a security money of INR 1500. However, this is refundable money after three years of time. The customer needs to return the phone as well after the same period. Mukesh Ambani launched the much ambitious project and ensured that the Jio Phone enabled with 4G LTE will be one of its kind in India. For a package of INR 153, the phone would provide unlimited calls and SMS. Half GB of data per day would also be made available.

So, if you are looking for the Jio phone and have not booked it yet, then your wait would be a bit longer.

Samsung Galaxy S8 Dummy – This is a Phone with massive...

Moto G5 Launch – Should You Buy It?

One Plus 5T Star Wars Edition – All you want to...