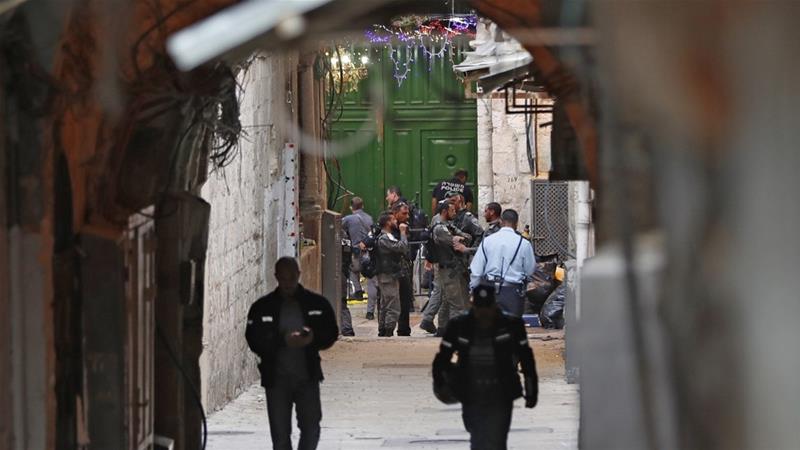 Jerusalem Knife attack has been averted by the Israeli forces. The Israeli Police informed that on Monday evening a man attempted to carry out a knife attack. The incident took place in the Jerusalem Old City. However, the security forces were alert and the man was gunned down. It is understood that the man planned an attack, but could not execute it.

The AFP News Agency confirmed the news that an attack was planned and the man was gunned down. It is not confirmed whether the attacker was planning to attack police or mass people. However, in the last few days, knife attacks have been seen on the Israeli Police forces and it could have been another one.

Such an attack is not new in the Jerusalem old city.

On the 16th of August, two Palestinians tried to attack Israeli Policemen at the entrance of the famous Al-Aqsa Mosque in Jerusalem. The police later confirmed that a Palestinian minor was shot dead and another was badly injured who were responsible for the attack. Both of the attackers were minor, police confirmed later. The Police officer was moderately injured.

The social media video footage showed that two minors reached the Policeman near the entrance of the Al-Aqsa mosque. He drew a knife and stabbed the policeman multiple times.

The complex is very sensitive and often sparks violence. Violence erupted a few days back during Eid-al-Adha which fall on the same day as Tisha B’av. This is the holiest site for the Judaism and third holiest site in Islam.

A similar knife attack was also carried out in February and the attacker was gunned down.