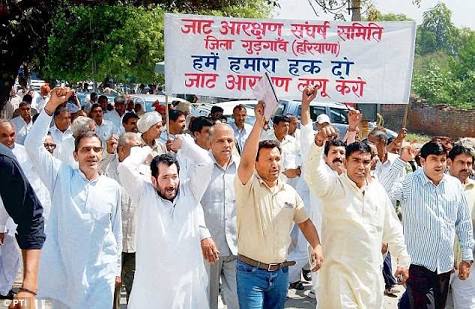 Jat Stir against reservation has already taken a nasty form in Haryana State of India. People from Jat Community protesting to get reservation status has indulged in violence. Even though the Haryana Government has give in to the demands and assured of the special status, the toll of people has reached 10 so far. The disturbing news of killing mostly coming from Rohtak , Jhajjar and Kaithal District.

The DGP of Haryana, Yashpal Singhal has said that appropriate measures are taken and violence is getting stopped. However, restoring the water supply to Delhi is the first priority along with removing the road and rail blockades. He also confirmed that 10 people have been killed and 150 others are injured in the Jat Stir Reservation.  On the other hand, Delhi CM, Arvind Kejriwal has announced that water will be equally distributed across Delhi barring President, Prime Minister, Chief Justice of India, Hospital, Fire Station services in order to deal with the water crisis. He also announced that the schools in Delhi will remain closed to meet the need of the water in National Capital. The National Capital is threatened with no water supply from Haryana after the Munak Canal has been largely impacted by the Jat Stir against Reservation. 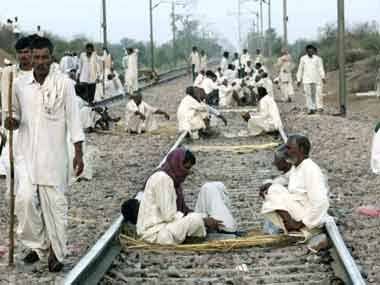 Jat Stir against Reservation – Why should one care

Road Blockades, Rail Blockades and Violence have erupt in areas of Haryana and Uttar Pradesh. Even though the Police is in action but the Stir itself is a grave concern. Reservation was put forward in order to uplift the backwards and bring them in mainstream. However, if the data is collected then it can be seen that people still starve in India that too by large numbers even after 68 years of Independence. The violence and the hooliganism for each and everything is a bad trend for the country. It is true that people have the rights to protest in democracy but death of 10 people and burning properties for the sake of any reason should not be taken for granted.

Vardah destroys Tamil Nadu, 10 killed – Here is what you...

Line of Control – All Details of Surgical Attack and Response