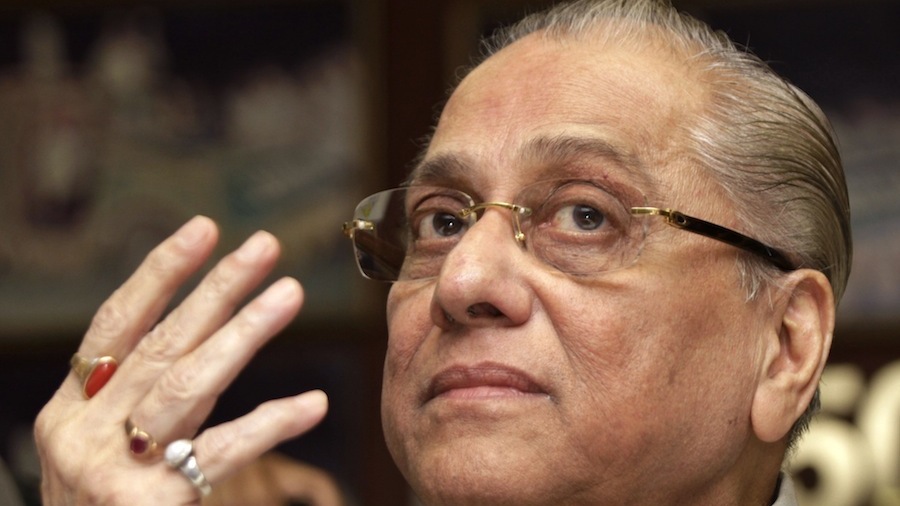 Long time Cricket Administrator, President of BCCI and the Ex- President of ICC, Jagmohan Dalmiya has passed away on Sunday. He was admitted in BM Birla Hospital after he suffered a heart attack on Thursday. He was initially declared stable but critical after angiography. However, he could not bear the heart attack and departed the world leaving his chair of President of BCCI. The BCCI and Family has confirmed the news of his death.

He was admitted in hospital following complaint of chest pain on Thursday. Since the beginning of his second term, he had health issues and frequently visited doctors.

Jagmohan Dalmiya will remain one of the greatest cricket administrators and remembered for his role in shaping the Indian Cricket and BCCI. He started his career in Real Estate. However, soon he found his interest in cricket and along with IS Bindra and others started taking Indian Cricket forward. He came to news when he was a cashier in BCCI and arranged 1 Lakh INR for each player, even though the Board did not have the amount. He bid for 1987 World Cup in India and started taking Indian Cricket towards where it is. He along with others first strategies the private channels for broadcast. Today BCCI is a cash rich organization and many of its credit goes to Jagmohan Dalmiya.

He was elected the President of ICC in 1997 and served till 2001. However, he lost the election in BCCI subsequently and Sharad Pawar took over. There were many allegations against him and he has banned from BCCI. The 1996 world cup scam was the biggest allegation against him. He however came back strong and won the election of Cricket Association of Bengal. Following the IPL scandal he was appointed as BCCI Chief for interim period and then he won the election.

It is not sure the way ahead for BCCI. However, few quick decisions are expected and name of Sourav Ganguly is going around.