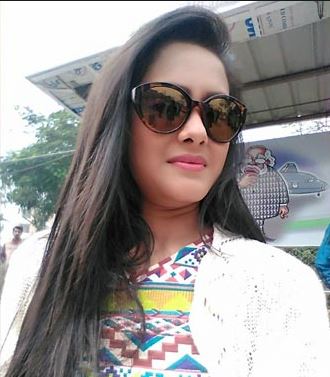 Bidisha Bezbaruah, a TV Artist, and Actress, was found dead in her rented apartment in Gurugram, near National Capital. The mysterious death of the actress has raised many questions as her parents remained in inconsolable grief. The actress which recently appeared in a small role in Jagga Jassos was married. According to her Father, she had a love marriage but lately a troubled marriage. According to the narratives of the parents, she often had quarrels with her husband and recently shifted to Gurugram from Mumbai.

The incident came into the picture when her father filed a police complaint as she was not picking up his phone. Bidisha Bezbaruah, a native of Assam did not take calls from her father for a long time, which was quite unusual. When Police reached her flat, they found her body hanging from the ceiling fan. There was no suicide note left by the deceased. So far, there is no report on the investigation. However, the Police has ascertained that all angles are under consideration. In fact, the department is currently scrutinizing the social media and WhatsApp details as well to get some clue.

Her husband may also be called for statements. According to the early reports, she was doing quite well in her career and there was no reason for suicide. The abatement of suicide and murder are also not ruled from the investigation point of view. However, it would be too early to take a call for anyone at this moment. Post Mortem report may further reveal some of the details.

As per the media reports, the CM of Assam has already communicated to his counterpart in Haryana to ensure proper investigation and he has been ascertained full support.

Her husband has been detained under the suspicion of the Abatement of Suicide. It is however not clear whether he has been arrested and charges are slapped. Reports however have suggested that Police is quite convinced about his suspicion role in the death of the young Assamese Actress.