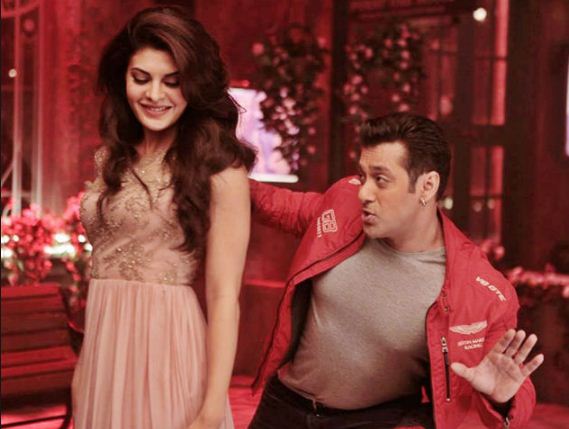 Kick 2 is on the cards for the makers and everyone is gearing up for the much-anticipated movie. The Sajid Nadiadwala’s production movie would be the sequel to the blockbuster Kick movie which was a remake. However, the reports suggest that the Kick 2 would be a completely fresh angle to the movie and it would go to the floor next year. But what about Jacqueline Fernandez in the movie? Will she be still part of the leading pair?

Well, the makers were very much eager to retain the pair. Salman has a good equation with the actress as well. However, things may change for the actress. Yes, Jacqueline has been roped in for the Race 3 against Salman Khan and the makers are now feeling that a fresh pairing should be tested at the big screen. Salman Khan and Jacqueline Fernandez form a good pair but with all possibilities, it looks like she will be replaced.

According to the media reports, the makers are now keen to rope in Deepika Padukone for the first time to pair opposite Salman Khan in Kick 2 replacing Jacqueline. The makers feel that it would give the audience a new pair. However, it is not yet sure whether Salman Khan and Sajid Nadiadwala are on the same page with this. According to the media reports, the decision has not been finalized but there are several talks going on before the movie kicks in. So, a huge Kick may be seen before the Kick 2.

Deepika Padukone has not worked with Salman Khan so far. She is currently working with Sanjay Leela Bhansali for the next project Rani Padmavati also featuring Ranveer Singh and Shahid Kapoor. Jacqueline Fernandez, on the other hand, is waiting for her next release Judwaa 2 along with Varun Dhawan and Tapsee Pannu. Her last movie, A Gentleman was bombed at the box office.