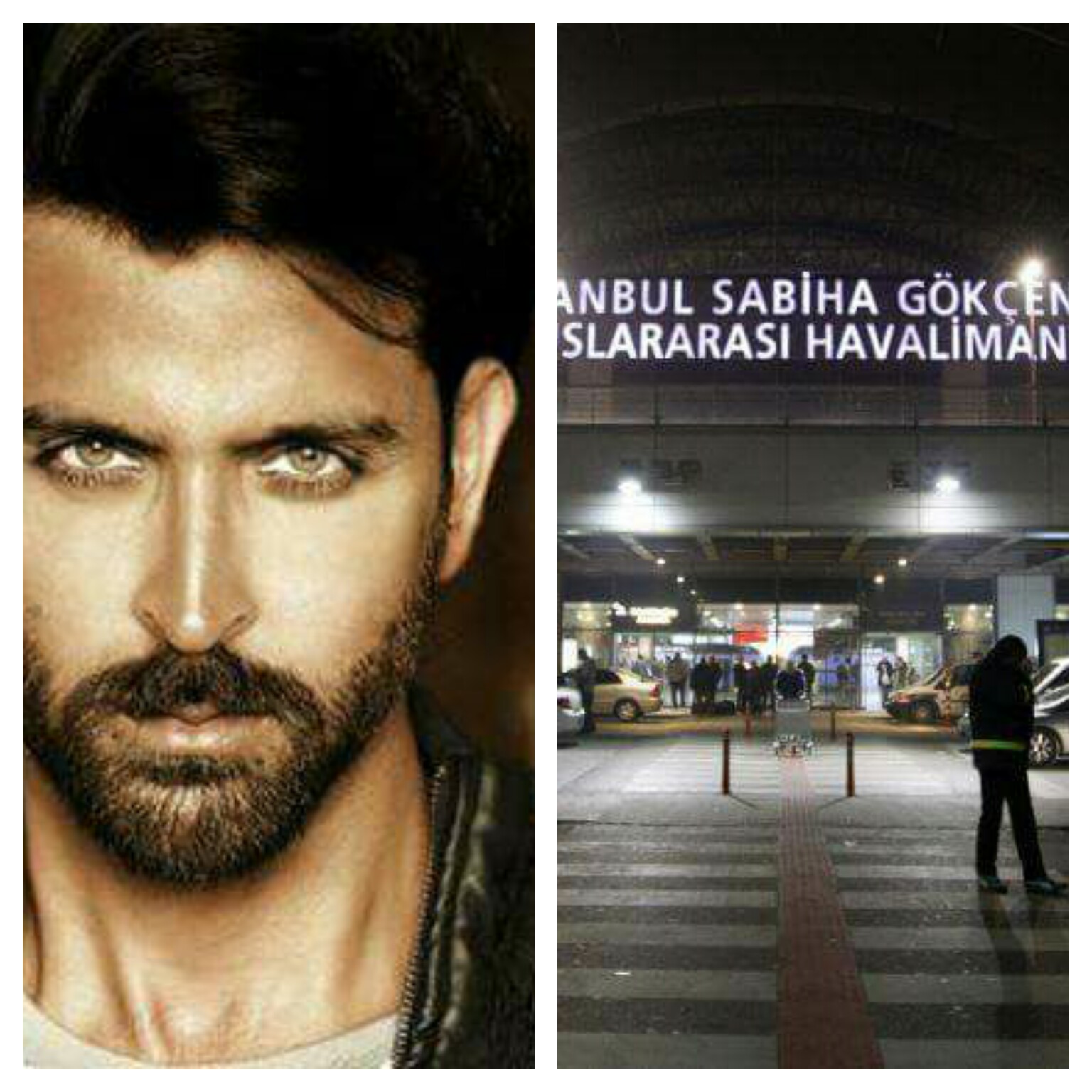 Istanbul Airport Blast has killed 36 people but one of the Bollywood celebrities got luckily escaped the death. Hrithik Roshan was traveling via Istanbul when he missed his connecting flight. He had to wait for a day to catch the next one. However, he decided to go for the Economy class and left the airport before 10 PM. Had he not taken the economy class, the fate would have been different for him.

The Mahenjodaro actor said the same in tweet and pledged to fight against the terrorism. He left the Istanbul Airport few hours prior to the Turkey attacks. The vulnerability of the airports across the world has now started panicking people. Istanbul is considered as one of the most important airports as there are many connecting flights from Istanbul.

The Istanbul Airport Blast took away 36 lives which is believed to be carried out by ISIS. Three terrorists stormed into the airport at around 10 PM local time and opened fire. Before they could be properly countered , they unlocked their detonators and blasted themselves.

Turkey has suffered causalities due to terrorism since long time due to the closing border of Syria and Iraq. However, Istanbul Airport Blast has raised many questions. Recently similar attacks were carried out in Belgium and now Turkey.

Amy Jackson to come together with Salman Khan! No Not in...