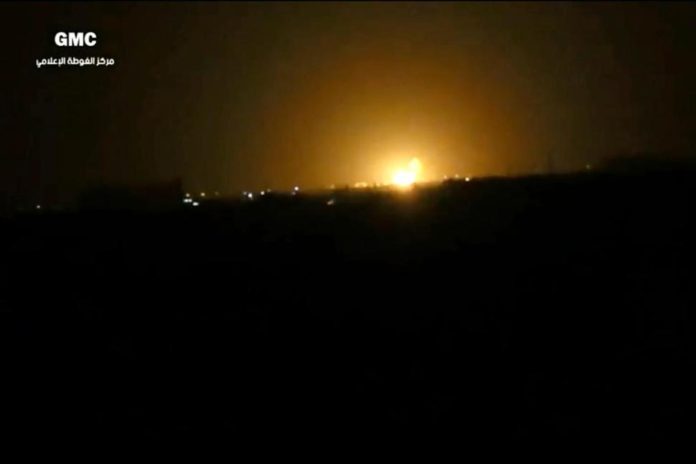 Israel strikes Syria near the Damascus Airport early on Thursday. The residents located a fireball near the Airport and were panicked. However, the air strike is believed to have not caused any causality and only caused the material damage reports the local media. The Syrian Government was quick to accuse Israel of the strike and even ground to air missiles was launched towards Israel and those were intercepted at the border.

Syria Crisis is way too complex for the common people to understand. There are many groups and many rebels part of the Civil War. However, the role of Israel is different in the Syrian Civil War. The Hezbollah is an ally of the Syrian regime and has a conflict against Israel. The Israel Government makes sure that no weapon or ammunitions are supplied to them in order to carry out any aggressive actions against the country. So, whenever there is intelligence input, Israel strikes. However, the country never responds to affirm that the attack was carried out by them. Traditionally, Israel has made no comment and that hints that the attack was carried out by them. However, there is no official evidence against Israel and it is very hard to tell who made the strike.

As far as history is concerned, since 2011, Israel has made multiple strikes on Syria, majorly on the Hezbollah group. The Hezbollah has admitted that it could be Israeli strike and warehouses and fuel tanks were targeted. However, the Lebanon-based Militant Group did not confirm whether they were the victims of the air strike.

Mosul Fight – Iraqi Forces Slowed Down by IS Fighters

North Korea – US Standoff Deepens at the Korean Peninsula