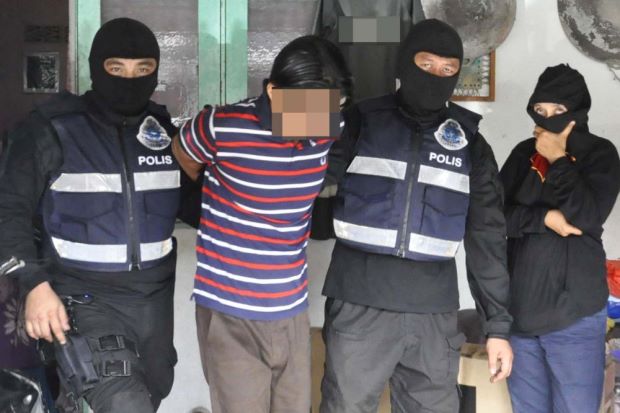 ISIS in Malaysia : On Saturday, Malaysian security forces arrested fourteen people including a woman reported to have links with Islamic State militant organization in Iraq and Syria. The security forces cracked down on several suspected places and carried surprise raids in last few days.

As per the security officials, the arrested Malaysians were said to be linked with the rouged organization and were in constant touch with a militant named Muhammad Wanndy Mohamed Jedi from ISIS in Malaysia to carry terror attacks. Sources close to the security officials claimed that the arrested suspects were in contact with the ISIS militants and the militants have shared bomb-making information with them.

One of the arrested militants of ISIS in Malaysia has confessed that he has received orders from their handlers in Syria to attack Klang Valley with IED bombs. The militant further confessed that Muhammad Wanndy Mohamed Jedi promised to equip them with high-end guns to target security officials.

Indian security agency ATS has also arrested Rizwan Khan from Arshid Qureshi Mumbai. The man is said to be in close contact with ISIS militants in Syria. As per the ATS chief, Rizwan Khan is responsible for recruiting Indian youth for Islamic State. The arrest was made after the news of twenty-one missing youth came into light in Kerala and most of them are suspected to have joined Islamic State .