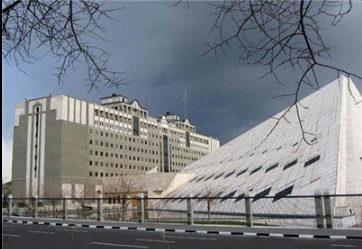 Iran Parliament Attack has stunned the country as three armed men entered in the premise and started the shootout, news agencies reported. However, the conflicting reports say that there is only one man armed with pistol and rifle has entered the premise. Three people have been injured so far including civilians and much more are held hostage reported the local media reports from Iran.

The shootout is still going on and it is believed that the attackers have been injured. There are reports of arrests as well, however, that cannot be confirmed as of now. The media reports confirmed that the attackers went inside the Parliament and started firing gunshots. No casualty reported so far, but there are chances of death toll believe the reports from Iran.

Another shootout has been reported from the Mausoleum of Imam Khomeini south of the Tehran. It has been reported that gunmen have also detonated bombs at this place. Massive injuries are reported however no confirmed reports of actual causality emerged so far.

As of now, the reports have not confirmed any blast, but it is believed that the attackers may trigger suicide bomb. The IS militants who are most likely the attackers have the same kind of history. However, the attackers may not have successfully carried the bombs as well.

So far, the reports suggest that the attackers are quite a few in numbers and at least 3 attackers are inside the Iran Parliament. The Iran Parliament Attack may become a huge crisis for West Asia once again. Iran is one of the Shia majority countries and the Islamic State that claims to be staunch Sunni often attacked Shia Muslims in the world along with the Non-Muslims. The recent rift in the West Asia with Arab countries barring Qatar may get fueled more after this incident. Qatar and Iran are quite close and they have a counter and blame others for this attack.