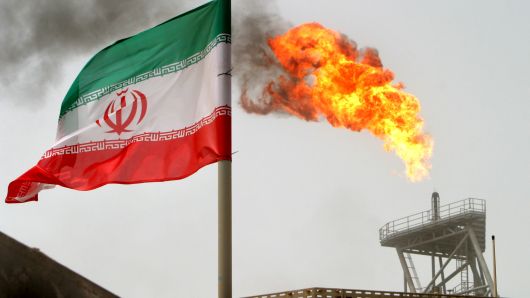 Iran Oil Import sanctions have been given a waiver for India by the United States, suggested reports. The official communication may come in next few days. The US has been threatening the countries to stop importing oil from the Islamic republic country. However, India was in negation. As per the TOI reports, India has agreed to cut down the imports by almost one third, a significant drop and US has granted a waiver from the financial sanctions. This has been a win win situation for both the countries. However, it is not officially announced about the policy.

The US wanted to negotiate a new nuclear deal with Iran and hence Iran Oil Import was targeted to cut the major financial stream of the country. Many of the countries that import oil from Iran are in talks with the US. India previously indicated that it is no mood to cease the oil import from Iran under any pressure. In fact, a similar approach was taken when India signed a huge defense deal with Russia. The US however refrained from posing any sanction on India. If the reports are to be believed, then Trump has again followed the same approach.

This can also be seen as a huge diplomatic win for India. India has managed to keep up the relationship with Russia along with the US and now the Iran Oil Import would put another feather in the hat.

Reports have also suggested that the US may give similar waiver to South Korea as well.

Man Tied to Train Window – Where is India Going?