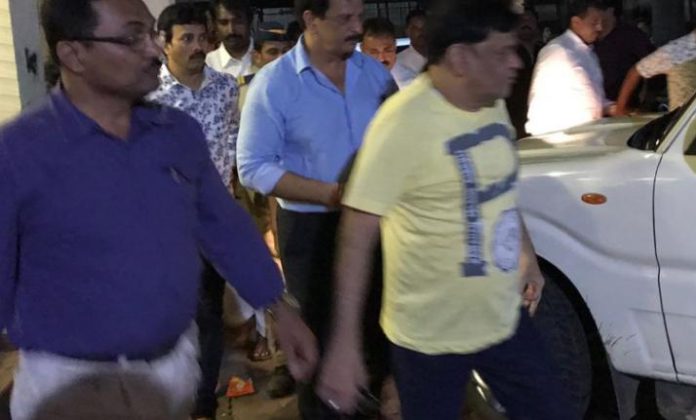 Early reports suggest that Ibrahim Kaskar was picked up after a business lodged a complaint of extortion. He received a call from unknown people and asked for money. The money was asked for the name of Iqbal Kaskar, reported media. The phone recordings were used and verified by the Police at the preliminary stage of the investigation.

He has been arrested soon after his name was confirmed from the phone recordings.

In 2015, Iqbal Kaskar was arrested on the charges of the extortion money. A real estate builder registered a complaint against him. However, he was granted bail.
On September 7, this year, he was served notice to vacate two buildings in Mumbai. Damarwala Building in Bheendi Bazar and Shabnam Guest House in J J Mary were under consideration. The properties were declared acquired illegally. According to Zee News, notice has been posted on both the properties, as per the Smugglers and Foreign Exchange Manipulators Act of 1976.

Iqbal Kaskar was brought to India from Dubai under a murder and illegal construction case in 2003. He was however acquitted from both the cases.

Singur Verdict – Land to be Returned, But All Questions Answered?