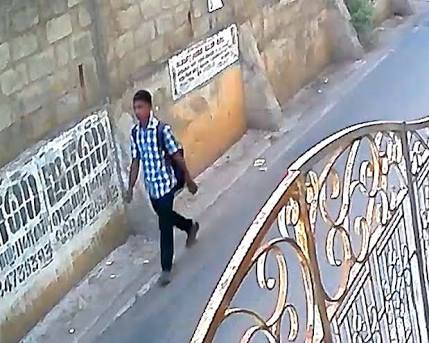 Infosys Techie S Swathi Murder Case investigation is reaching next stage. The Chennai Police has got many crucial leads in this case. However, nine of them are solid enough to lead to the suspect. The police has interrogated many of her friends and got some idea about the suspect.

Infosys Techie S Swathi knew the suspect. He has followed her many times and she has told about it to her friends and family as well. However, what shocking is that an eye witness disclosed the earlier interaction of them. An eye witness said that the suspect has earlier slapped her on the railway station. This has given a major boost to the police investigation.

The suspect was not seen in any of the other terminals like Chennai Central Railway Station, CMBT and others. Police said that there are possibilities that the suspect has come from different place.

The photo of the suspect has been confirmed. However, Police said it has been sent to Hyderabad lab for more clarity.

Infosys Techie S Swathi Murder Case is still under cloud but stalking has almost been confirmed as one of the reasons for the killing. However, Police is seeking answer for the motive that made the suspect kill S Swathi.