Indrani Mukerjea killed her daughter Sheena Bora but the cruelty of the murder can be shocking. Shyambar Rai, prime accused and the ex-driver of Indrani Mukerjea has turned into an approver and described the horrific incident. He said that Indrani strangled Sheena on the car and killed her. However, that was not it. She sat on the face of the corpse of her daughter as Shyambar Rai drove her back. He said that her ex-husband Sanjeev Khanna was also involved in the murder. However, he did not mention the name of Peter Mukerjea.

Indrani knew that Sheen had an affair with her step brother Rahul Mukerjea. Indrani, however, was more worried about the property claims by her children Sheena and Mikhail. He said that Indrani contacted him and discussed the plan to eliminate both of her children to avoid property claims. Sanjeev Khanna was also involved with the plan. After killing Sheena Bora, he was given 3 months’ salary and a parcel. He claimed that the parcel had a weapon. He also said that the dead body was kept at home in a garbage bag and the plan to kill Mikhail was later.


Shyamabar Rai was the first person to be arrested by CBI after the corpse of Sheena Bora was found in Raigad forest. He has confessed the crime and all the other accused have been arrested in this case. Peter and Sanjeev are lodged in Arthur Road Jai and Indrani is lodged in Byculla women’s jail. 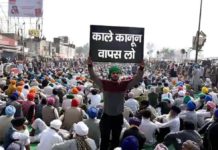 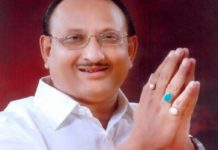