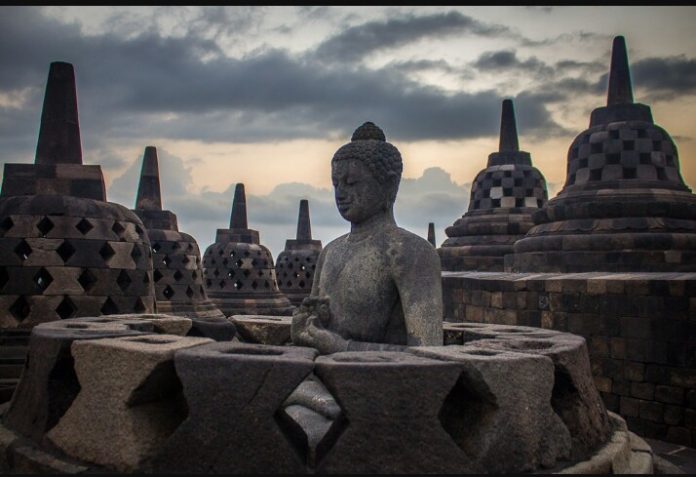 Indonesia has clearly set out a message to the entire world community regarding the tolerance and coexistence. The country with the highest population of Muslims in the world has banned an Islamic protest against Myanmar for killing Rohingya Muslims. The Borobudur Buddhist Temple and Stupa that stand in Java island has been the center of attraction. Islamic groups have planned for a protest against Myanmar which is Buddhist majority in the temple.

As per the local media, National Police Chief of Indonesia has clearly said that the protest would be prohibited at the Borobudur Temple. He even mentioned that the 9th century temple is not only the heritage of Indonesia but of the world. He also reiterated that Indonesian Government is already talking to the Myanmar Government through diplomatic channels and there is no need of any protest. About 125000 Rohingya Muslims, minority in Myanmar fled the country in the awake of fight between Rohingya insurgents and security forces. The Islamic countries countries have protested against Myanmar, including Indonesia to stop the bloodshed. Protests have already emerged in Jakarta and other parts of the country.

However, the Indian Express reported that organizers planned for the peaceful protest and they said that the Borobudur Temple is the sign and symbol of tolerance and nothing and noone will be harmed at any cost.

Borobudur Temple is one of the most popular tourist destinations in the country. Java, Jakarta and other islands of Indonesia has enriched heritage of Buddhist and Hindu temples. However, most of the temples are well preserved and are major attractions of the country.