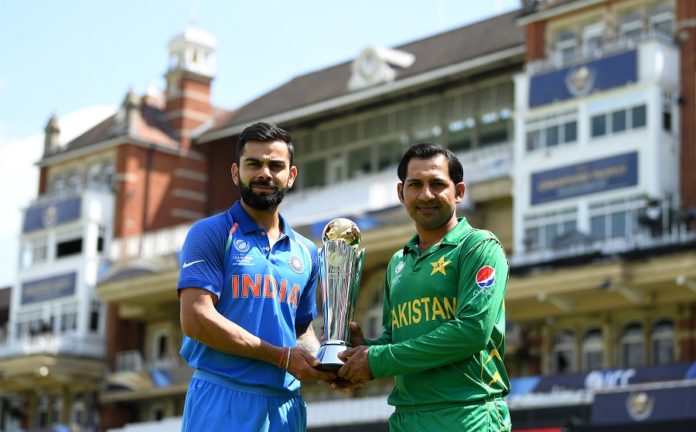 IndiavPakistan at the Champions Trophy Final is set to begin. The match would be witnessed by millions and millions of people throughout the world from the Kennington Oval. India who looked confident and strong is the only team that has played well with super expectations. India was one of the favourites when the tournament began and has reached the final. However, Pakistan has surprised many with their consistent cricket and continuous improvement. The arch rivals are ready to meet in England and the world cannot keep calm.

According to reports from the Kennington Oval, R Ashwin has injured his knee and was spotted with heavy tapes. He may miss out the high profile game again this time due to injury. In case he is ruled unfit, then Umesh Yadav will come back to the team and would like to continue his form from the first match against Pakistan. Mohammad Amir from Pakistan has been ruled fit and he would be ready to fire his swinging deliveries to Indian batsmen. Junaid Khan will play this match and the Virat Kohli v Junaid Khan competition will be a treat to watch.

Pakistan leads India when it comes to overall records. Pakistan has won 72 matches head to head whereas India has won only 52. But when it comes to the ICC tournaments, Pakistan has failed to absorb the pressure time and again. In the last 10 matches that were played in ICC tournaments, India have won 8 times and lost 2 times against Pakistan. Both the defeat however came in Champions Trophy.

The defending Champion will definitely stamp their second successful outing and Pakistan will also try to prove the critic wrong. The world is ready for the IndiavPakistan game and here is the probable team for both the teams.

Why Ravi Shastri is pulling the Wrong Trigger