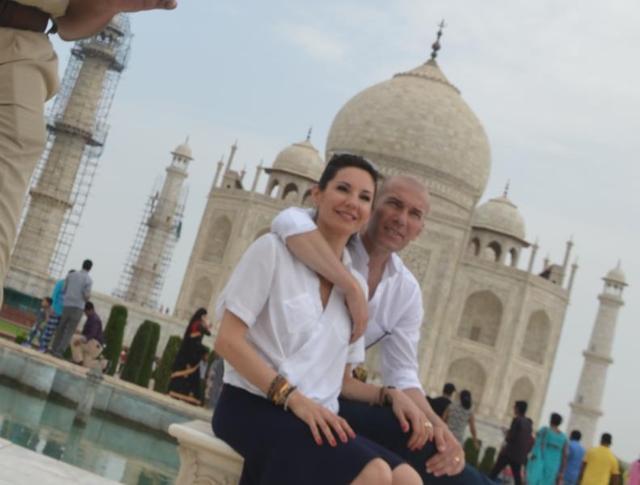 Zinedine Zidan and Veronique, wife of Zidan were spotted in Taj Mahal. One of the greats of all time Zidan took an hour to visit the pride of India, Taj Mahal in Agra. Zidan was spotted cladding a simple white T-shirt and a cap. The Real Madrid Coach and former French Footballer looked relax with his wife. He took some photos and selfies too during the visit to the monument of love. Agra Tourism Police escorted the Footballer and he did not interact with the media sighting personal time.

Zinedine Zidan is one of the most popular footballers in the world and in India as well. He was received with huge excitement at the Mumbai International Airport by enthusiastic fans on May 9. Zidan has visited the country for one of his contracts. He has been hired as the brand ambassador of Kanakia Group and it was reported that he came here to fulfil the legal formalities.

However, the star of 1998 World Cup did not really interact with the media during his visit to India. His Taj Mahal visit is believed to be from his personal choice.
Here are the photos from the special moments of Zinedine Zidan in Taj Mahal visit. 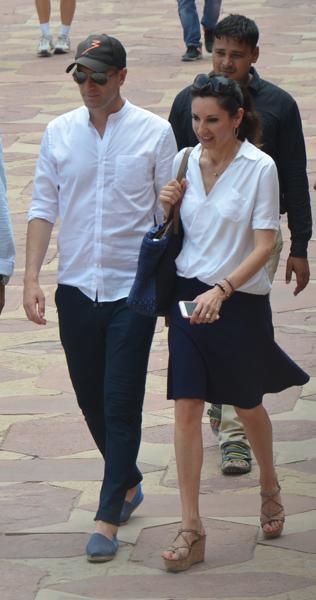 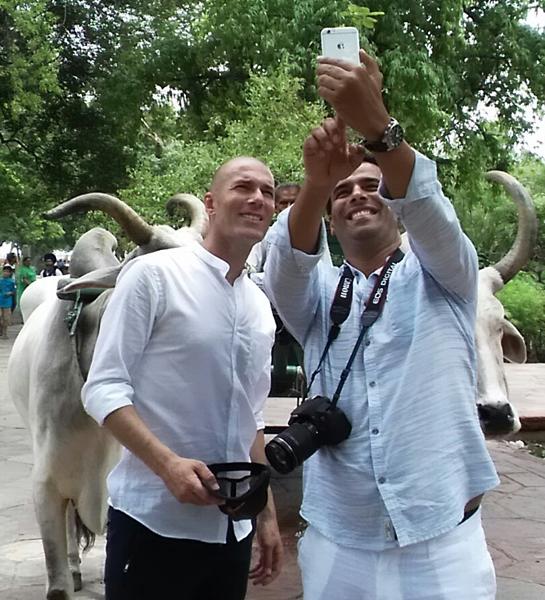 Marcos Alonso Goal against Arsenal – Was it Foul or Goal?