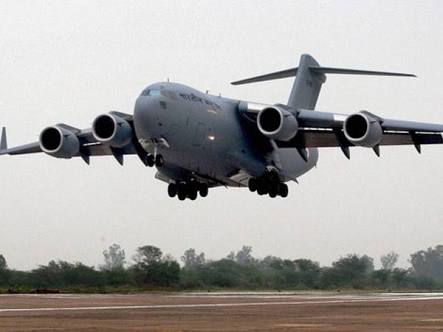 IAF AN-32 Plane goes missing in a breaking development. The passenger carrying plane with 29 passengers is still missing. The plane was flying from Chennai to Port Blair but no contact has been made so far.

The IAF AN-32 can fly for 4 hours without get fueled. Last contact with the plane was made at 7:46 AM. The plane took off from Tambram base in Chennai. So far no information has been received. The search operation is under way for IAF AN-32.

Latest Report suggests that the last contact was made at 8:46 AM. The flight was at 23000 feet and 1375 KM distance was covered by then. Air Marshal Philip Rajkumar has said that the operation is on and the day light would make it easier.

Indian Navy has already started the full scale search operation. Poseidon has been deployed for the missing IAF AN-32 missing plane. It is regarded as the Hawk Eye of the intelligence. It is heavily armed and has Harpoon Block Missiles. It has 907 KMPH speed. The Dornier 228 has also been deployed that is a high wing aircraft for the search operation.

A demonstration of Search & Rescue ops launched by Indian Navy for Indian Air Force AN-32 plane which went missing pic.twitter.com/ICCvve6wBY